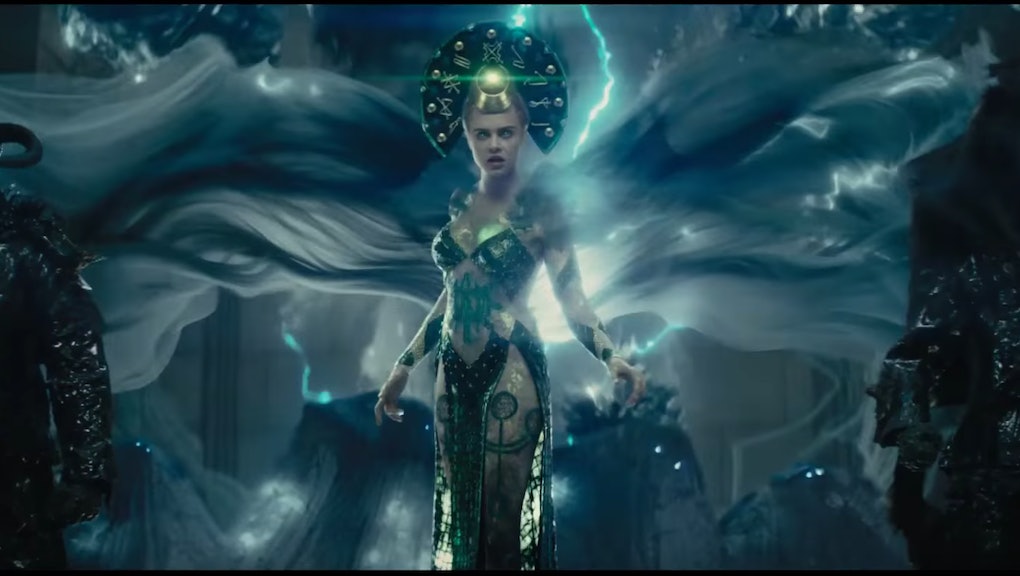 Critics hate it. Fans, as a result, want to shut down a review aggregation website. Suffice it to say, DC Comics' antihero venture Suicide Squad is having a poetically chaotic opening week. But one of the film's stars, Cara Delevingne, believes she knows why the film is being panned by critics, which currently has a 27% "rotten" rating on the aforementioned website Rotten Tomatoes: superhero films just aren't their thing.

"The critics have been absolutely horrific," Delevingne, who plays the villain Enchantress, told Reuters. "They're really, really horrible. You know, I just don't think they like superhero movies."

Perhaps most indicting, however, is that we've seen superhero movies with an edgy, crass tone like the one Suicide Squad hoped to embody succeed with the critics — just this year. Marvel's Deadpool took that concept, with an R-rating to boot, and made it a mainstream financial and critical success.

Superhero films aren't the problem; what's more important is the execution. DC Comics needs to figure that out soon — and blaming critics isn't going to make that problem go away.