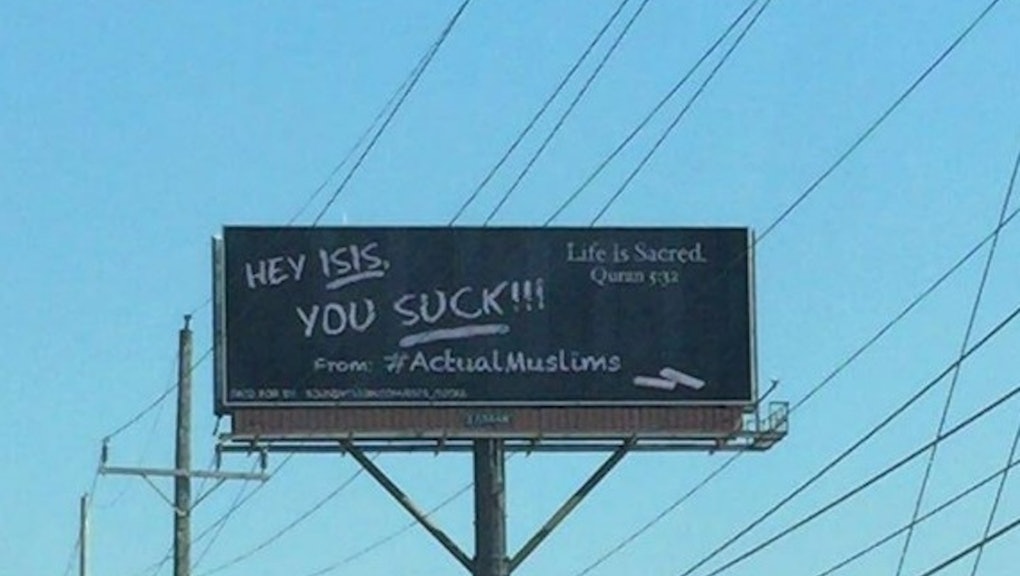 A new giant billboard on Interstate 294 just outside Chicago has some words for the Islamic State.

The main highway it adorns leads drivers to both O'Hare International Airport and nearly every road leading to Chicago, making the message a particularly visible one.

The non-profit organization Sound Vision, which seeks to promote what it calls "Islamic ideals," is behind the billboard.

In the corner of the billboard, they also included a reference to 5:32, a surah — or chapter — in the Qur'an.

Reddit user AlexC98 posted a photograph of the billboard on the platform, prompting a spirited conversation in the comments section.

A recent wave of worldwide terrorist attacks orchestrated by Islamic State has propagated Islamophobia across continents.

Many of the more than 1.6 billion Muslims — practically all of which are peaceful — seek to cleanse their faith's tarnished reputation, evinced in Sound Vision's initiative, for example.

The hashtag and billboard were subsequently embraced on Twitter:

As Twitter user "Butter Chicken" aptly suggests, "learn from #ActualMuslims — not from people who have hatred for Islam. The real Islam is beautiful"