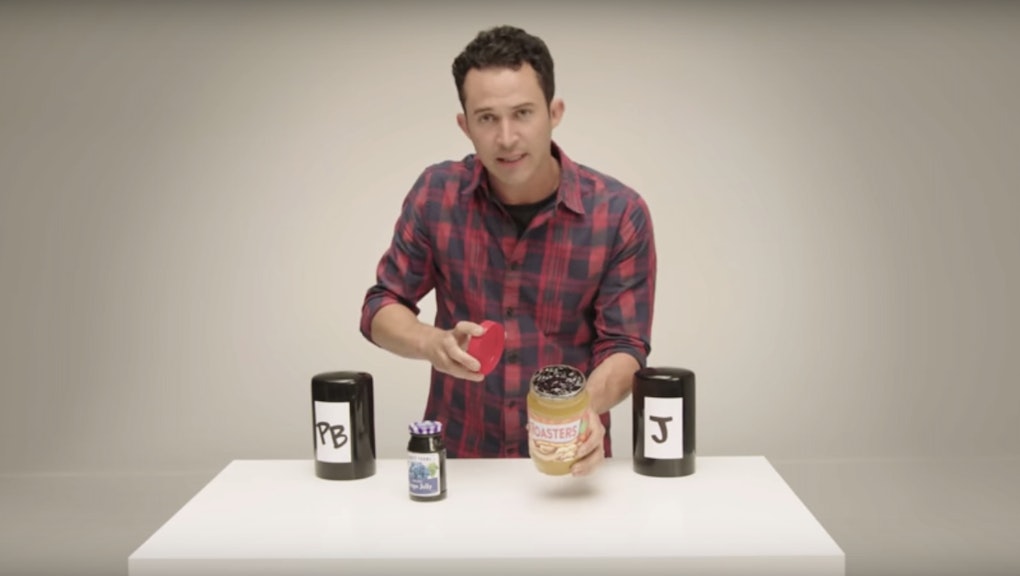 But the plot thickens when the peanut butter wanders over into the jelly container.

"Peanut Butter, what are you doing?" Willman asks. "That's not where you're supposed to go."

But it's not the peanut butter that's made a mistake — it's the magician.

After apologizing for violating their privacy, Willman says, "Guess it doesn't matter what's in the jar. If it has peanut butter in it, we should just show it some goddamned respect and call it peanut butter, because it didn't choose the jar."

It may seem confusing, but peanut butter and jelly can choose to be whatever they want to be.

Willman eventually pulls back the curtain on what he's actually talking about — anti-trans bathroom bills. He explains to the kids watching at home that, just like with peanut butter and jelly, people should be able to use whichever restroom they choose.

Given that the Supreme Court just ruled against a transgender student who wanted to use his preferred bathroom, and North Carolina's controversial HB2 law still stands, Willman's magic show and its lesson will continue to be relevant for some time.

Even if proponents of these bills try to defend them based on ideas of religious freedom or protecting our children, this video reminds us that, like magic tricks, it's really all just smoke and mirrors.