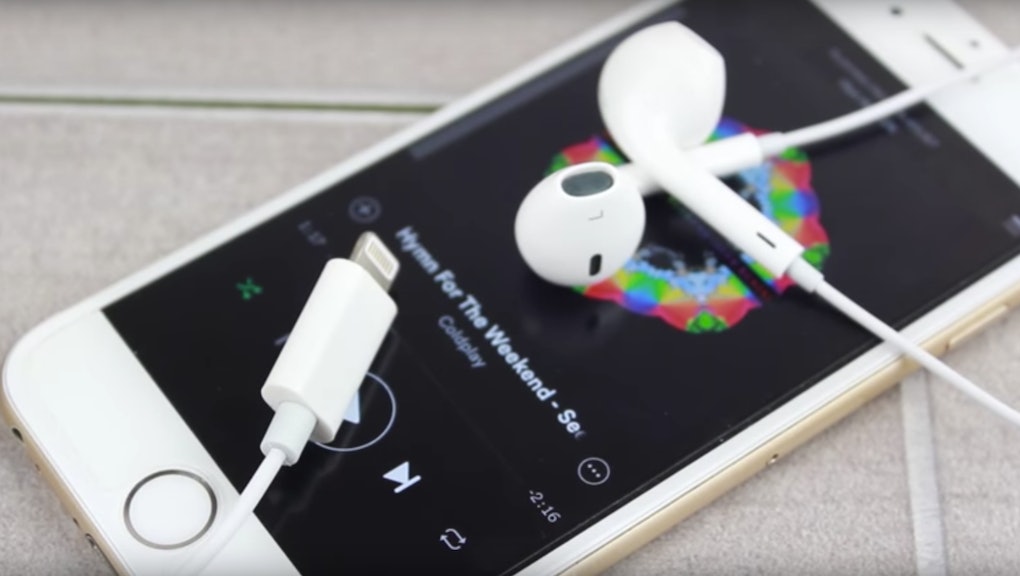 If you're considering ordering the iPhone 7 when the Sept. 16 release date comes around, your first question is probably, "Is Apple seriously getting rid of the headphone jack?"

Most likely. An iPhone 7 video from MobileFunTV shows what appears to be Apple's new earbuds, reportedly called Apple Lightning EarPods. They look like the standard cheap iPhone headphones, but with a Lightning plug at the end.

Is it real? It certainly looks realistic. As Apple Insider notes, "the video never shows the entire cable in frame at once." There have been similar reports from around the web: "Multiple sources have claimed that they are in possession of the official Apple Lightning earbuds since November, none verifiable at this point," AI wrote.

A previous video showed what could be a headphone adapter for the iPhone 7.

The iPhone 7 is rumored to have a few other new features, like an improved camera, a blue-purple color and (maybe) wireless charging, according to one concept video.

What consumers want to know about the iPhone 7: If you wanna buy Apple's new phone, you're probably asking many other questions. "Is the camera any better?" is a good one, considering Samsung is now the industry leader for great photography. See also: "Will there be wireless charging?" "Is the battery any better?" and "Is it waterproof?"

The point is that Apple's 9-year-old iPhone, the device that revolutionized computing and ushered in modern digital culture, is slightly behind the times. The features that meet consumer demand and relieve real, everyday complaints — pathetic battery life, crappy photos, difficult charging, easy damage — are being spearheaded by Apple's competitors. And by removing the headphone jack, forcing users to buy expensive Bluetooth headphones or an expensive adapter, Apple actually seems to be removing features, not adding them. Where's the innovation?

So the big question is: Is the iPhone 7 worth buying? I maintain that if you've got the iPhone 5 or 5s, you should spring for the new model. But if you're happy with your 6 or 6s, it's worth waiting another year for the iPhone's 10th anniversary.