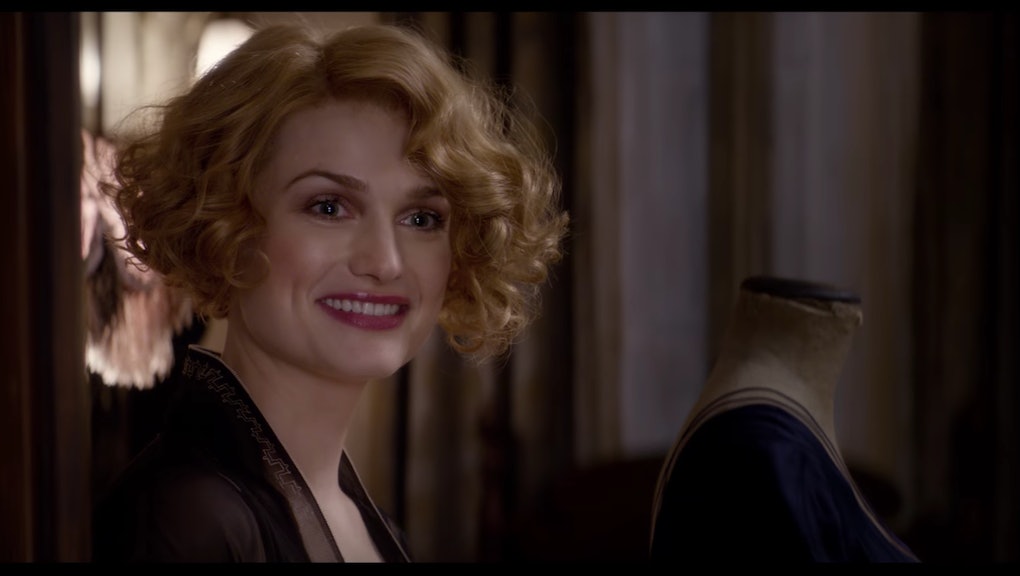 It seems like we've seen all manner of spells in the Harry Potter series — enough to create a nearly eight-minute supercut of all the spells used in the films — but the Wizarding World still has some surprises in store. As it turns out, the forthcoming Fantastic Beasts and Where to Find Them trilogy won't just be a fresh change of scenery for the series, taking place in the United States instead of the United Kingdom: It will also unveil new magic powers that have only been used briefly as spells in the Harry Potter series.

According to Entertainment Weekly, actress Alison Sudol will be playing Queenie Goldstein — a menial worker at the Magical Congress of the United States of America — who has a form of Legilimency.

Legilimency, essentially, allows the wizard performing the spell to delve into someone else's mind, which was most notably used by Severus Snape when he was training Harry Potter in The Order of the Phoenix to resist Voldemort's own attempts to do so.

But Queenie's magic is less of an attacking spell, like Snape's use of it, and more of an inherent gift, which EW described as an "antenna" for her to use with anyone around her.

She's basically a complete and utter magical empath. She's able to read people — so it's not just reading somebody's thoughts. She can read into someone's story; she can see people's goals. And so even though she's able to do magic with her wand, a lot of her magic is actually internal, which makes her a different type of wizard or witch. And she's incredibly fun, playful, joyful and free-spirited, kind and wise, and also has a sort of stillness about her because she's always tuning into people. So she's quite an interesting character to play — very vivacious and lively, yet very centered and aware.

Suffice to say if Queenie was your manager at work, you couldn't get away with anything. She can literally read your mind.