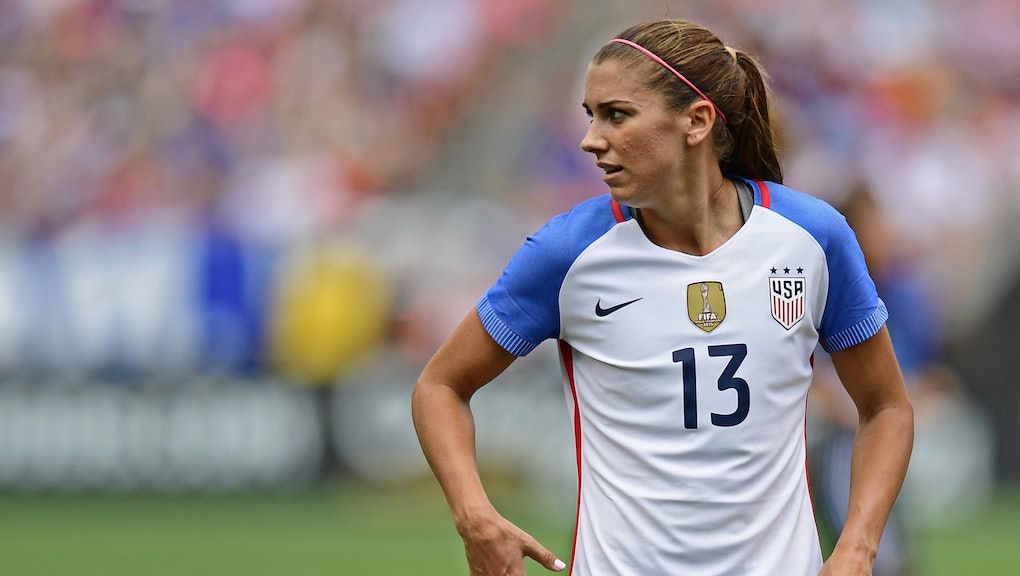 Here's What to Know About Rio 2016 Olympics Star Alex Morgan

Although she is now a World Cup champion and the unquestioned number one forward for the United States women's national team, Alex Morgan has a point to prove in Rio 2016. On the heels of her injuries last summer, coupled with teammate Carli Lloyd's rising stardom, has lead to Morgan taking a backseat to Lloyd, the current FIFA World Player of the Year.

This year, Morgan enters the Olympics energized by top level performances in the spring. A strong performance in Rio will certainly go a long way toward Morgan cementing her comeback.

Here's what to know about Morgan:

1. Morgan has started 2016 with a bang, scoring against huge rivals France and Germany in the inaugural SheBelieves Cup and securing both the competition's Golden Boot (top scorer of a soccer competition) and MVP awards.

2. Morgan use to be called a nickname "Baby Horse," given to her by older national team players and a testament to her long stride and speed.

4. Morgan is also a book author, having signed a deal with Simon & Schuster in 2012. She published her first book, Saving The Team, about four young, female soccer players called The Kicks.

6. Morgan now has the luxury of playing professionally in the same city as Carrasco, as she was traded to the Orlando Pride of the National Women's Soccer League from the Portland Thorns in October.