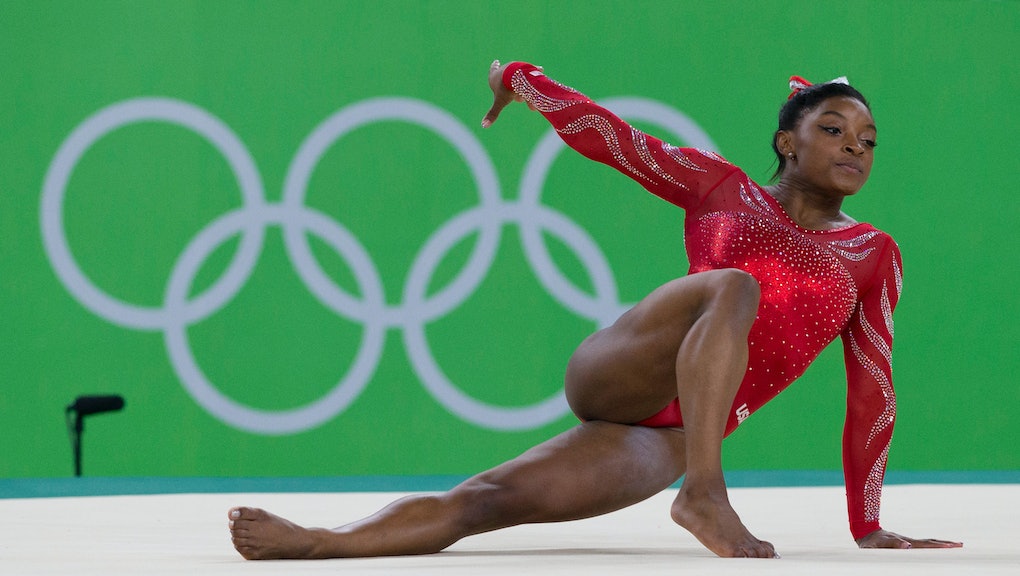 Here’s Everything You Need to Know About Simone Biles, Rio’s Olympic Gymnastics Favorite

Gymnast Simone Biles has quickly become a household name in not only the United States, but in competitive gymnastics worldwide. She's been a competitive force in recent years, and as FOX Sports points out, she is a three-time world and four-time U.S. all-around champion.

While her resume certainly impressive, there's one thing missing from it: an Olympic gold medal.

Biles is a massive gymnastics favorite at the 2016 Olympics in Rio, and rightfully so. According to the official Rio events breakdown, Biles will be taking part in the following events on Sunday:

Here's what to know about Biles ahead of Sunday's events:

At 4 feet, 9 inches tall, Biles may not have won an Olympic gold medal yet, but she holds the record for the most gold medals won by a female gymnast in World Championships history, according to The Gym Report.

Back in 2014, Biles chose to attend the UCLA, NBC Sports reported, but her direction changed quickly. Less than one year later, Biles deferred her enrollment until after the Rio 2016 Olympics. Doing so meant that she can no longer compete collegiately; she signed on with the same agency that represents United States superstar swimmer, Michael Phelps.

In terms of exactly how dominant Biles has been during her short career, the 19-year-old has won 14 medals at worlds, including 10 golds, per The Guardian. It's widely expected that she will not only win a gold medal, and could wind up taking home the gold in multiple events. The young superstar is already set up for an incredible Olympic career, and it will all begin Sunday in Rio.