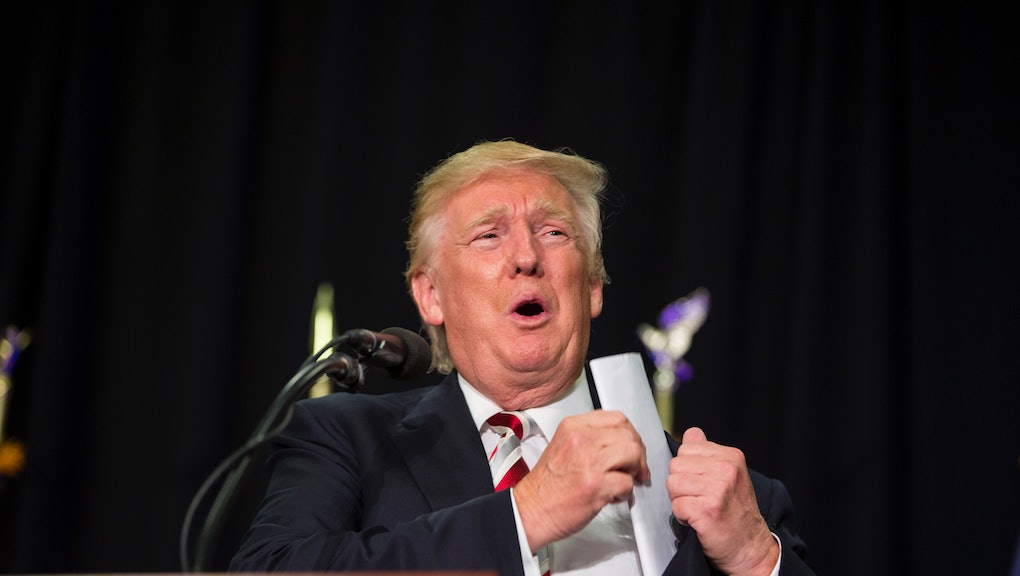 Republicans hellbent on stopping Donald Trump from winning the White House in November have settled on their latest third-party candidate who they hope can defeat their interloping GOP foe.

His name is Evan McMullin, according to BuzzFeed, which first reported the news.

He currently serves as chief policy director for the House Republican Conference on Capitol Hill, according to his LinkedIn page, which also states that he spent more than 10 years at the CIA as an operations officer.

But beyond that he has almost no public profile — an unorthodox biography for a candidate running for one of the most public positions in the world.

In what little public profile McMullin has, he's been a vocal Trump critic.

In a tweet on July 21, McMullin called Trump an "authoritarian."

Back in May, McMullin said opposing Trump is "about putting principle over power."

If McMullin does indeed run, he is unlikely to be on a number of state ballots, as many states' deadlines to submit the required number of ballot petition signatures have long passed.

And it's unclear whether he'd have the funding or name recognition to make an impact, especially given that there are a handful of better-known third-party alternatives including Libertarian candidate Gary Johnson and Green Party candidate Jill Stein.

However neither Johnson nor Stein are appealing to conservative members of the Never Trump movement, many of whom are socially conservative and believe in free-market principles.

They hope McMullin could make an impact in states like Utah, where Trump is currently vastly underperforming 2012 GOP nominee Mitt Romney according to a handful of public polls.

Republicans say McMullin, who is Mormon, could appeal to voters in the Mormon-heavy state and possibly deny Trump a win there, which would all but end any chance Trump had at the White House.

The deadline for McMullin to gather enough signatures to appear on Utah's ballot is Aug. 15, according to Ballotpedia.

McMullin is not the first third-party conservative alternative candidate the Never Trump crowd has proposed.

Earlier in the year, conservative columnist David French flirted with a bid, but ultimately decided against running.

According to BuzzFeed, Republican strategist and vocal Trump opponent Rick Wilson will be involved in McMullin's campaign.

In a New York Daily News op-ed published Sunday, Wilson implored America to "beat Trump like a drum" in order to squash Trump supporters from believing his worldview could prevail in the U.S.

"The Party of Lincoln needs a complete, top-to-bottom reset — one that completely purges the Trumpkins who believe racial animus is a governing philosophy and that their ignorant and angry primal screams can ever build a Republican majority," Wilson wrote.