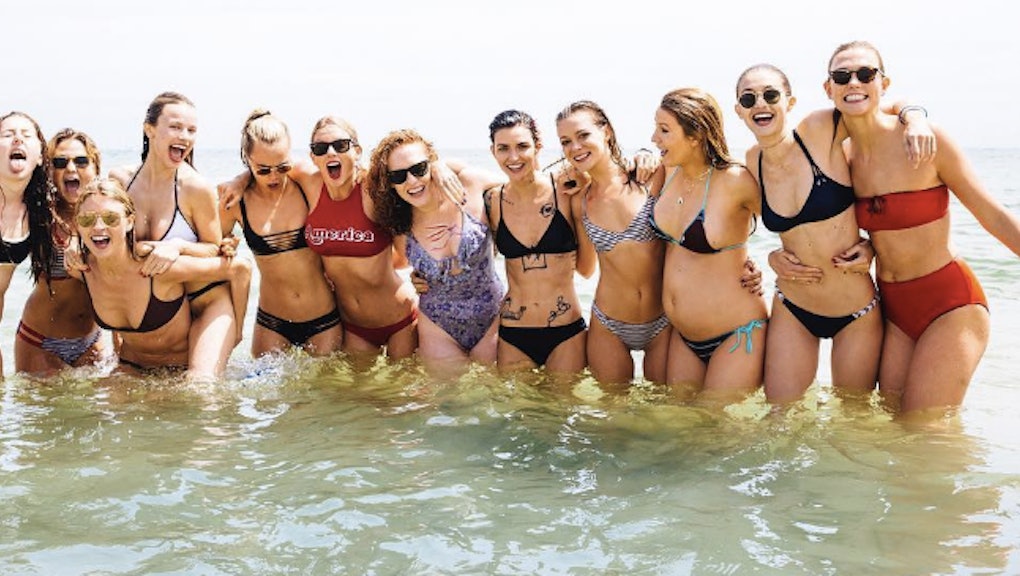 You only have 5 real friends in your life, so choose wisely

Let's say you had to banish all but five of your friends into exile. Who would you save? Who would you drop like a Calvin Harris beat? This question shouldn't be very hard to answer, because researchers say that you only have five real friends, anyway.

In a new New York Times article, writer Kate Murphy explored research from earlier this year that found people tend to misjudge which of their "friends" actually like them, meaning the people we think are our friends often just... aren't. Sad!

But perhaps the most interesting aspect of the discussion is this "layers of friendship" theory from evolutionary psychologist Robin I.M. Dunbar, which posits that our friends are organized in a strict hierarchy depending on how close with them we are.

From the New York Times article:

The topmost layer consists of only one or two people, say a spouse and best friend with whom you are most intimate and interact daily. The next layer can accommodate at most four people for whom you have great affinity, affection and concern and who require weekly attention to maintain. Out from there, the tiers contain more casual friends with whom you invest less time and tend to have a less profound and more tenuous connection. ...

Not including a spouse, this makes for a maximum of five legitimate friendships. That's not even enough to adequately populate a MySpace Top 8!

Dunbar told the Times the reason for this limit is because people are only emotionally capable of having a small number of meaningful friendships.

"There is a limited amount of time and emotional capital we can distribute, so we only have five slots for the most intense type of relationship," he explained. "People may say they have more than five but you can be pretty sure they are not high-quality friendships."

In any case, did we need academic research to tell us that time makes you bolder and sometimes people grow apart when they don't see each other for years on end? Probably not. It's still a nice reminder that you needn't feel bad about flaking out on all those acquaintances you secretly don't really care about all that much.