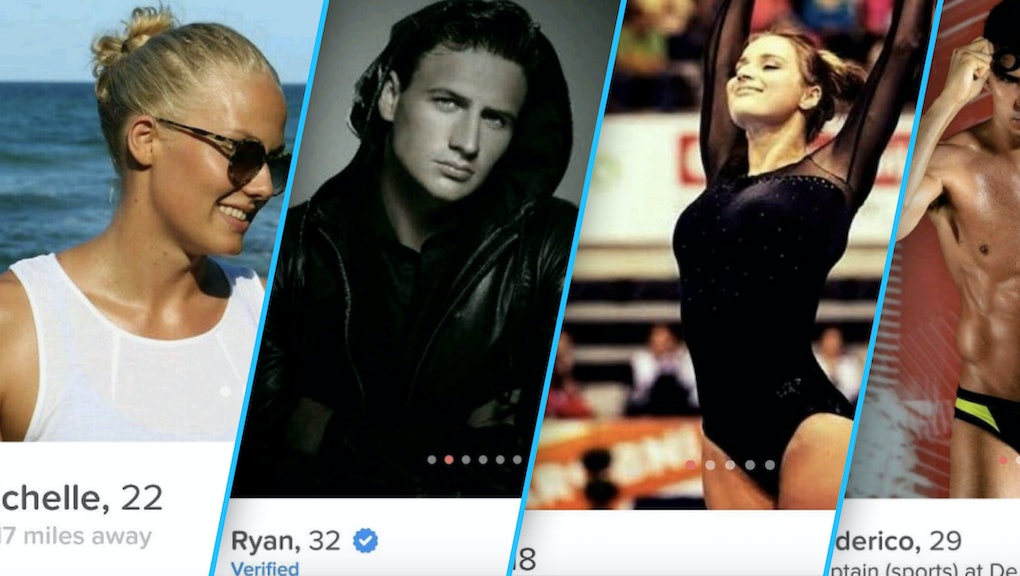 Tinder Is So Much Better at the 2016 Rio Olympics, Because Of Course It Is

Thanks to the good folks behind @riotinder, here are a few of the Olympians who have been spotted so far, starting with — of course — swimmer/heartthrob/newly minted silver fox Ryan Lochte:

So what's it like to match with an Olympian?

Daily Dot writer Selena Larson, who wrote a piece on how to hack Tinder to match with Olympians, told Mic it was something of a thrill.

"I was surprised to see so many Olympic athletes on Tinder, and I wonder how much time they have available to pursue matches," she said. "But when in Rio, right? It's flattering when you match with anyone on Tinder, but an Olympian swiping right on me is certainly a confidence boost. I have to up my GIF game to Olympic levels now, though."

The Olympic organization clearly believes at least some of these matches are going to lead to raucous boning, as organizers reportedly distributed 450,000 condoms to athletes this year. This is probably because Olympic Village has long been a known sex playground.

"Olympians are young, supremely healthy people who've been training with the intensity of combat troops for years," writer Sam Alipour wrote in an ESPN feature story on Olympic Village sex in 2012. "Suddenly they're released into a cocoon where prying reporters and overprotective parents aren't allowed. Precompetition testosterone is running high."

Ryan Lochte himself was interviewed for the ESPN story, and here's what he had to say about his own Olympic Village sex antics: "Hey, sometimes you gotta do what you gotta do."