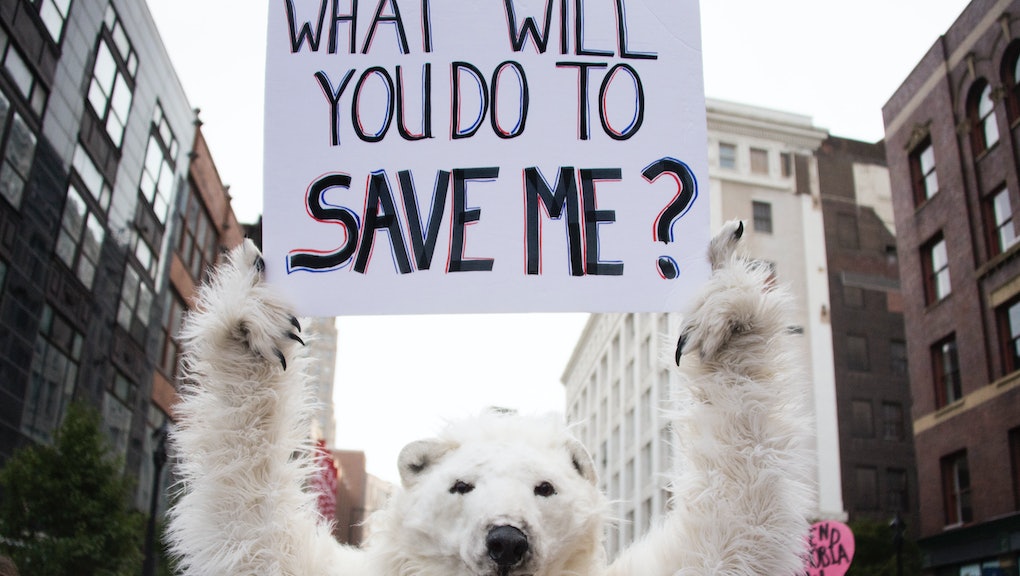 Earth Overshoot Day is the day when the global community has used as many natural resources as the planet can produce in a year. This year, Earth Overshoot day is today, August 8 — meaning we've used a year's worth of resources in eight months.

According to a video explanation from the YouTube channel Sustainability Illustrated, when we demand from the planet more than the planet can naturally produce itself, we've essentially hit our budget — everything thereafter is the equivalent of racking up credit card debt, with somewhat more dire consequences.

According to the Global Footprint Network, we currently use about 1.6 Earths-worth of natural resources a year, meaning we dip into savings annually.

Only, instead of it working like a regular bank, debt and dipping into savings has ecological impact: We overfish. We cut down forests. We expend fossil fuels and increase greenhouse gas emissions. And because of that, we're putting our planet in major danger.

But this didn't just start happening. In 1987, we used up that natural budget in mid-December. Last year, we used them up by August 13. And this year, we scoot up the yard-marker another five days.

"We continue to grow our ecological debt," said Pascal Canfin, head of the French section of the World Wide Fund for Nature told Agence France-Presse. "From Monday August 8, we will be living on credit because in eight months we would have consumed the natural capital that our planet can renew in a year."

Even though we have global political actions, like the Paris Climate Change Agreement, to hamper the use of so many fossil fuels, news like this is alarming — and if it stays on track, it stands to worsen every year.