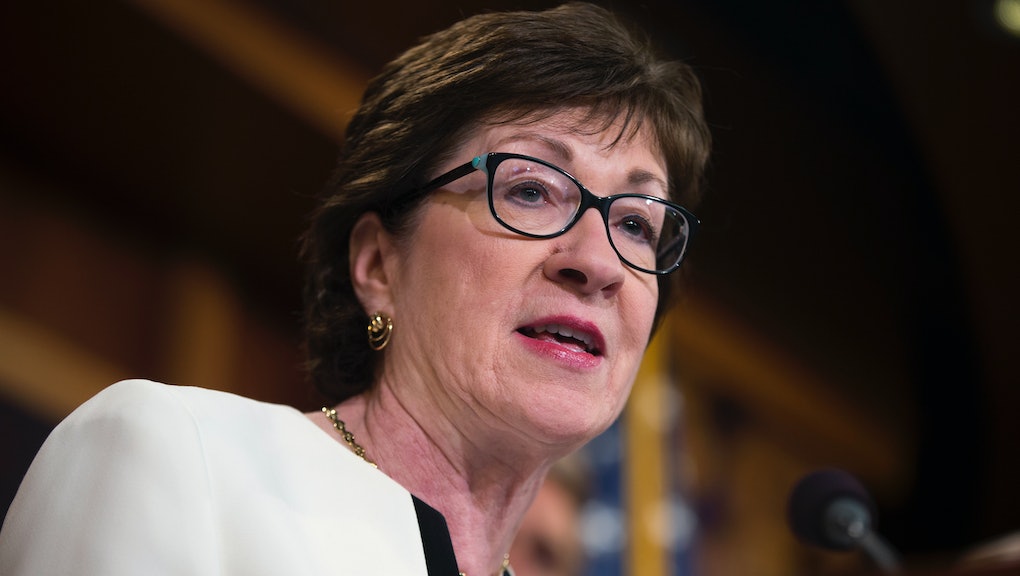 Sen. Susan Collins of Maine announced in an op-ed in the Washington Post late Monday that she will not vote for Donald Trump in November, saying her party's presidential nominee "does not reflect historical Republican values nor the inclusive approach to governing that is critical to healing the divisions in our country."

I had hoped that we would see a "new" Donald Trump as a general-election candidate — one who would focus on jobs and the economy, tone down his rhetoric, develop more thoughtful policies and, yes, apologize for ill-tempered rants. But the unpleasant reality that I have had to accept is that there will be no "new" Donald Trump, just the same candidate who will slash and burn and trample anything and anyone he perceives as being in his way or an easy scapegoat.

Collins' announcement signals a growing problem for Republicans with educated white women like Collins, a historically safe demographic for the GOP that this year is breaking for Hillary Clinton, according to a spate of recent polls.

Coming back from that deficit will be a challenge if women like Collins continue to defect from Trump's bid.