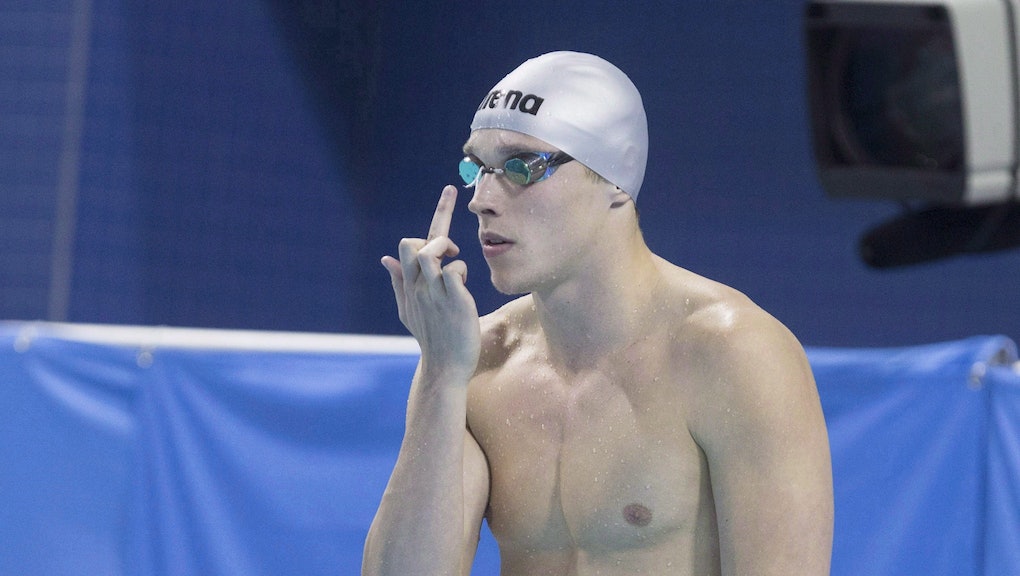 Every great athlete has their pre-game rituals: Serena Williams is rumored to bounce her tennis ball exactly five times before serving. Michael Phelps listens to hip-hop 20 minutes before each match.

What's that they say about Canadians being nice?

According to the New York Daily News, the tradition started when Condorelli was just 8 years old, when he began competing against older and more experienced swimmers. For an extra vote of confidence, his father, Joseph Condorelli would flip off his son — a way of telling him to say "fuck you" to his competitors and blow them out of the water.

"It became a good ritual for both of us," Joseph told the Daily News. "He got a lot of his aggravation out with just a really simple 'Give it to the world' rather than keep it internalized. It calms him down on the blocks for sure."

At both races, viewers can expect to see the polite Canadian man search for his father in the crowd to ever-so-lovingly flip the bird.

"You've got to build your confidence yourself and say eff everybody else that you're racing," Santo told the Canadian Press of his father's message. "He said, 'Every time you're behind the blocks, give me the finger and I'll give it back to you.'"

Fuck you too, dear boy. Fuck you, too.