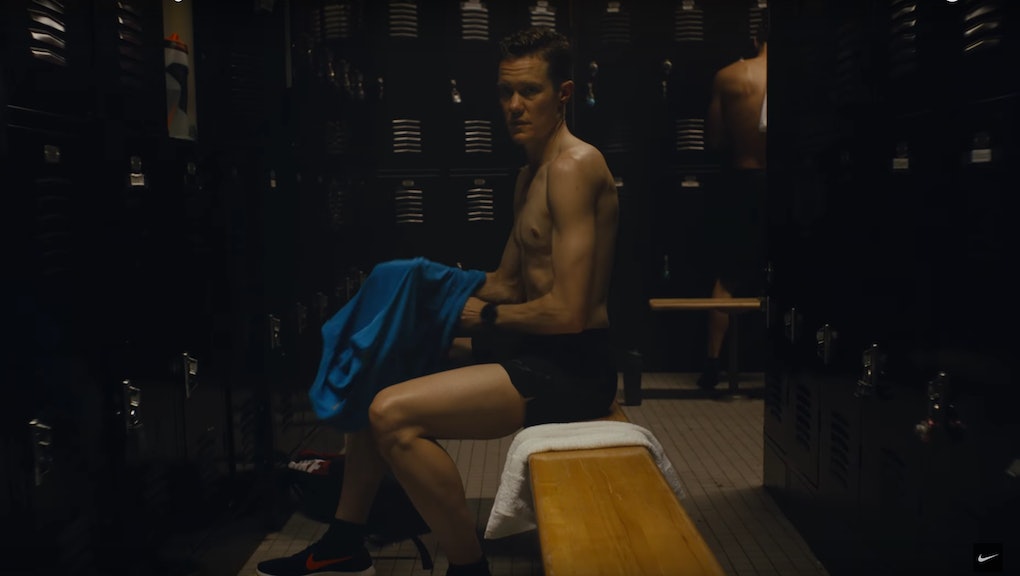 A sports ad featuring a transgender athlete? Nike just did it.

Chris Mosier, the first out transgender athlete to make a men's U.S. national team, starred in a Nike ad called "Unlimited Courage" that aired Monday on NBC during the Olympics. Mosier is a duathlete who competed in the World Championship in Spain earlier this year with the U.S. team.

In the spirit of Nike's famous "Just Do It" slogan, Mosier tells those watching that, despite all of the things he didn't know about his career post-transition — whether he'd be allowed to compete, whether his team would accept him — he didn't stop pursuing his goals.

"Hey Chris, how did you know you'd be fast enough to compete against men?" the announcer asks.

"Yeah, but how did you know the team would accept you?" the narrator questions.

"Or that you'd even be allowed to compete?" the narrator asks.

"That must have been tough," the narrator says. "Didn't you ever just wanna give up?"

"I didn't know if I would be competitive against men; I just did it," Mosier said in a statement, according to Esquire. "Every success that I've had since then has shown me that anything is really possible. By not stopping myself, not limiting myself and just really going for it, I've learned a lot about myself and also had the opportunity to further the conversation on trans inclusion in sports."