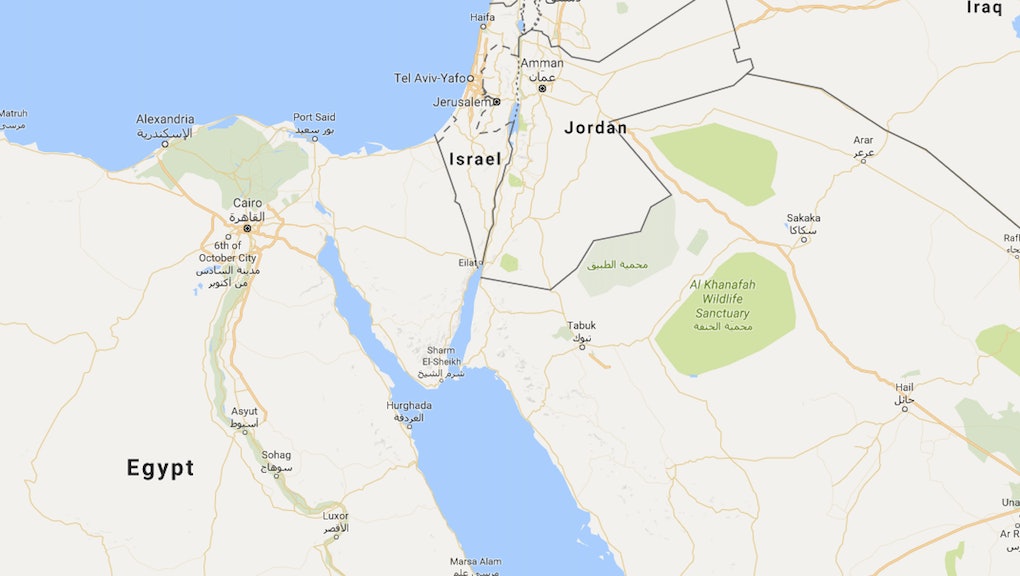 (Editor's note: This post was originally written in response to a viral story about Google removing Palestine from its Maps product. As the Washington Post and others have since reported, Google Maps has not changed its labeling of Palestine, which a linked description in the Map calls a "de jure sovereign state," though the demarcated region is not labeled the way other countries are. Mic's updated story appears below.)

Google drew the ire of the internet after entering the Israel-Palestine conflict by not labeling Palestine at all. But people are just starting to notice the omission and they think this is a recent development — assuming Google removed the label. The discovery has created bit of a furor.

The omission picked up traction after some observant people took note of the company's geographic labeling.

In 2013, Israeli politician Moshe Gafni, then-chairman of the Knesset Science and Technology Committee, told Google how crucial and influential their labeling of territories is, after the company changed "Palestinian Territories" to "Palestine" on some of their other platforms.

"And with one word Google can change the very order of things," Gafni said, according to Haaretz. "Whether I am living in Micronesia or in Europe, when I open Google, I find that your company has changed one word, which, in turn, changes the very laws of nature."

In response to the recent perceived erasure of Palestine, Twitter users created the hashtag #PalestineIsHere, which started trending Tuesday:

The history: In 1947, after millions of Jewish people were killed and displaced by the Nazis during the Holocaust, the United Nations' member states overwhelmingly voted to create a Jewish state in what was then Palestine.

Palestinians resisted the move, so, by December 1947, "'the first clearing' operations were conducted against Palestinian villages by Jewish forces," the BBC reported.

A bloody and deeply contentious fight over the land between Jews and Arabs has ensued to this day. And, while Palestine has been recognized by the UN as its own state since 2012, it is now largely regarded as territories occupied by Israel.

The response to Google: On March 2, Zak Martin started a petition on Change.org to put Palestine back on Google Maps, thinking it had been removed.

"The country of Palestine does not appear on Google Maps. Why not?" Martin begins in his letter to the company. "Israel, established on Palestinian land, is clearly designated. But there is no mention of  Palestine. According to Google, Palestine does not exist."

Martin argues that given Google's ubiquity, it has a political and social responsibility to include Palestine:

The omission of Palestine is a grievous insult to the people of Palestine and undermines the efforts of the millions of people who are involved in the campaign to secure Palestinian independence and freedom from Israeli occupation and oppression.

The petition is receiving a flood of signatures. As of Tuesday morning, the signatures surged past the initial goal of 200,000, and, as of this publication, the new goal is 300,000. Upon reaching its goal, the petition will be delivered to Google.

Other groups online, such as Facebook's "Let's Get Palestine on Google Maps," seek to do the same.

Ironically, Google attracted attention in 2013, with its aforementioned relabeling of "Palestinian Territories" with "Palestine," despite Israel's protestations.

Either way, the internet's indignation is not delegitimized by the misperception that this is a recent change, given the source of it comes from Palestine's exclusion. But Google Maps' decision to never include Palestine in the first place suggests the maps will stay as they are.