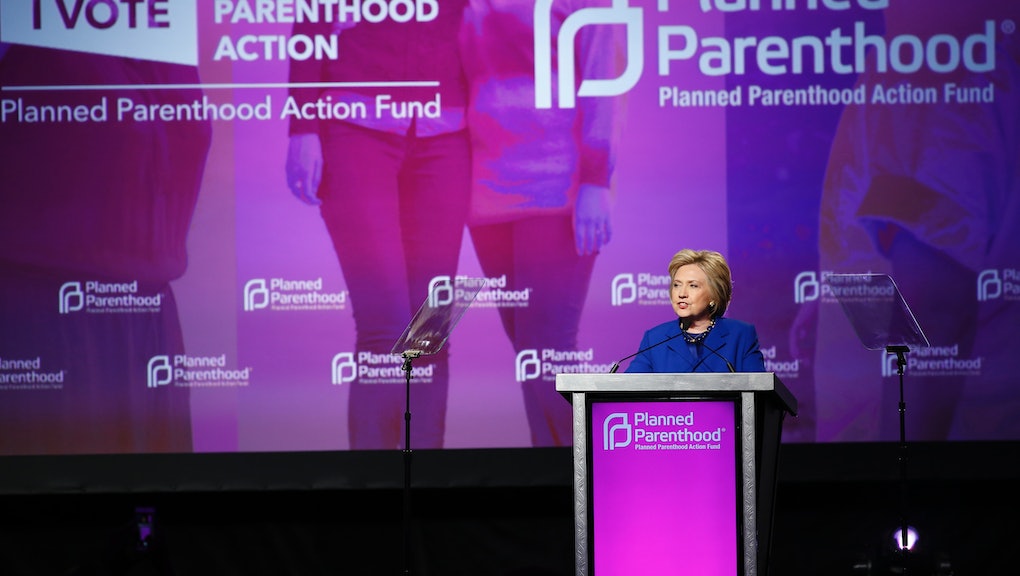 When Michelle Obama urged the nation to get out the vote in her Democratic National Convention speech, Planned Parenthood apparently listened. On August 4, the health organization announced the launch of a new campaign called "My Vote, My Voice."

According to a press release, Planned Parenthood volunteers in 45 states will register patients outside health centers, on college campuses and elsewhere. A registration form is also available online.

"If we can't all participate in our government, we all get cheated," Planned Parenthood generation activist Anna Keene, said in the release. "No matter what your political beliefs are, if you don't or can't vote, then you can't elect officials who will stand with you. It's time we change that and push to have our voices heard."

The effort is nonpartisan, but realistically, it'll be a boon for Democrats: Per the press release, Planned Parenthood serves 2.5 million people each year, many of whom are young women of color, a demographic that has historically skewed Democrat.

These are also some of the groups that suffer most from voter reform legislation, like the requirement to present a government ID at the ballot box, which is de facto disenfranchising substantial chunks of the population. That goes against the 1965 Voting Rights Act, the 51st anniversary of which the launch of "My Vote, My Voice" commemorates.

"Republicans are systematically and deliberately trying to stop millions of American citizens from voting," Clinton has said of voter ID laws. "What part of democracy are they afraid of? I believe every citizen has the right to vote — and I believe we should do everything we can to make it easier for every citizen to vote."