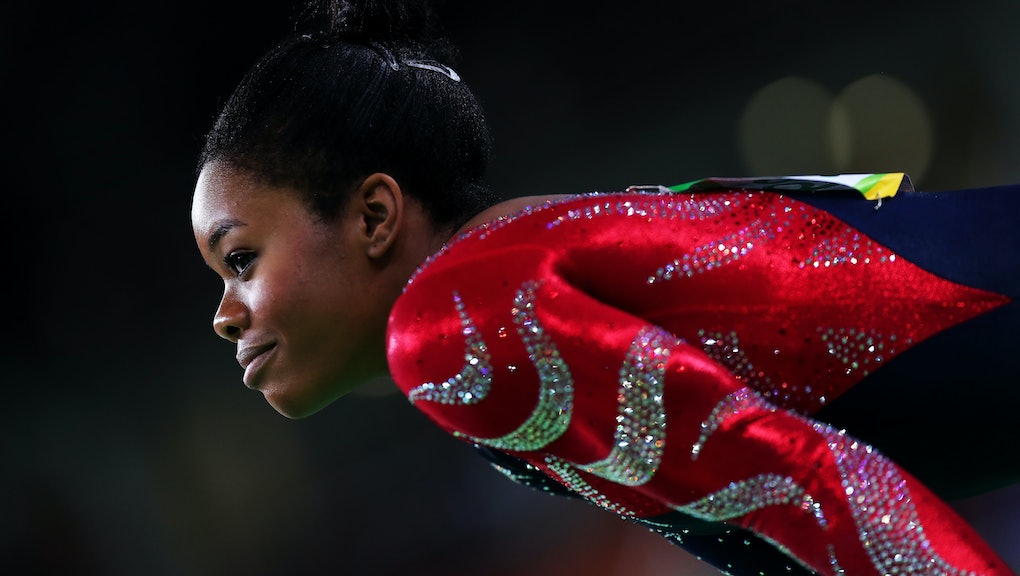 Gabby Douglas' Hair Is a Big Deal on Twitter — Again. But These Clapbacks Are Everything.

Despite being a history-making black female athlete, there's one thing people can't stop talking about when it comes to Gabby Douglas: her hair.

In 2012, she became the first black gymnast in Olympic history to win the individual all-around title at the London Summer Olympics. But people criticized Douglas' hair then, and the trend continues now.

How Douglas wears her hair while she's flying through the air, tumbling across the floor and balancing on a 4-inch wide beam is the last thing people should be talking about.

But lately, black hair has often been the topic of conversation — spawning many viral natural hair photo sensations and one really botched Today segment that turned into a lesson on how not to style natural hair.

Beauty bloggers and mainstream magazines have taken credit for hairstyles that were made popular by black women — again, and again and again. Often a black woman's hair affects the way they are viewed socially, politically and economically — and even professionally.

We're also living in a time when Democratic nominee Hillary Clinton fields questions about natural hair during town halls and Beyoncé comes under scrutiny for the way she styles her daughter's hair.

While #BlackSalonProblems exist, let's not make gossiping about women of color and their hair decisions another one of them.