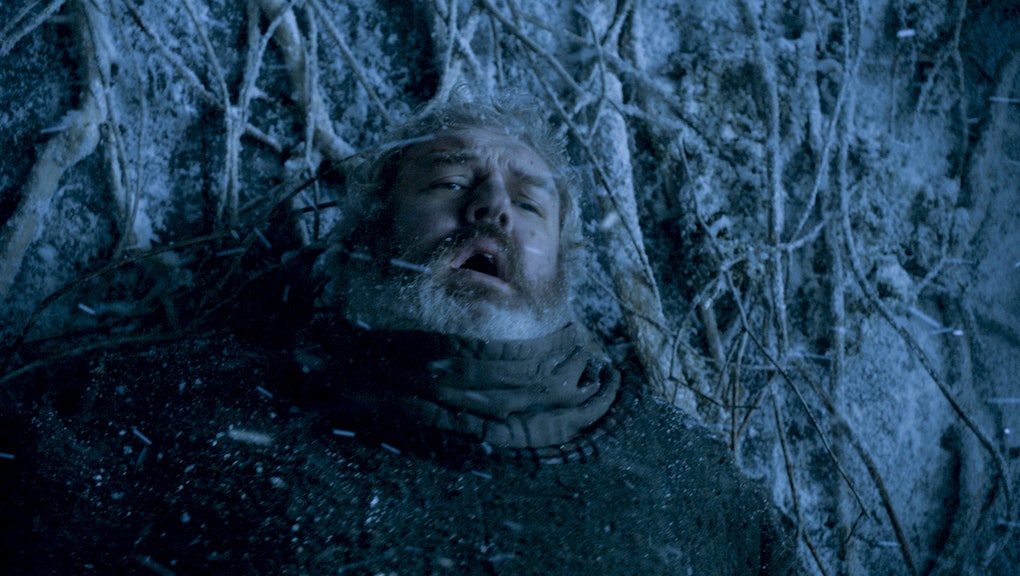 It's still a touchy subject, even for Game of Thrones, and we'd only bring it up if it's important: Let's talk about Hodor.

The fan-favorite met his tragic demise at the midway point of the show's sixth season. In the same episode as his death, the show also revealed the origin of his name: It's a simplification of the phrase "Hold the door."

The character — quite literally — held the door against the White Walkers' horde of wights in order to allow Bran Stark and Meera to escape the cave of the Three-Eyed Raven.

Obviously, the Hodor origin, phonetically speaking, makes sense in English. But how does it sound in other languages? It's a mixed bag, albeit one that's incredibly entertaining.

On Imgur, user HooptyDooDooMeister compiled 21 examples of other languages dealing with the "hold the door" phrase. It's difficult for the reveal to make sense in every language, when they kept the name Hodor for the character without understanding the context of his name. As a result, some of the translations are a bit... off.

Others, however, were very accurate: The Danish and Norwegian "hold døren" works just as well as the English version.

But every country gets an A for effort; the twist wasn't the easiest to explain in English to begin with. See the full Imgur gallery with the "hold the door" translations below.