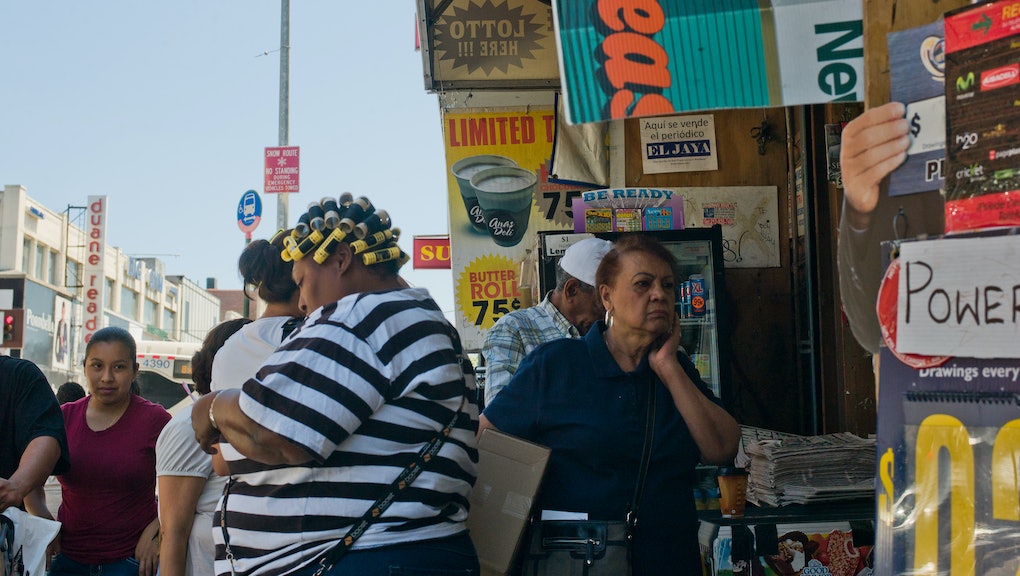 People may take vacations, but racism does not.

One Reddit user recently took to the platform to trash Washington Heights, an enclave for Dominicans in New York City.

"What's wrong with these people?" Reddit user askinguy wrote. "Don't they work? How can the other people in the building stand this? Every night, I'm not talking about weekends, every night there are people with stereos extremely loud at 2, 3 and 4 in the morning. Do these people have shit for brains?"

The post, which has since been deleted but was preserved in full by the neighborhood-focused blog Patch, also says that the man heard them listening to "Spanish hip-hop" and wondered if anybody calls the police on them.

A few days later, askinguy went a step further and said he did some reading about the neighborhood.

"I looked at NYPD reports and this is supposed to be a safe neighborhood, I really don't know how!" he wrote. "People have no education, everybody here talks loud, loud music day and night anywhere, even in the more secluded areas."

The user also said he understood a little Spanish and all the residents of Washington Heights spoke about were "drugs and jail all the time."

Fortunately, Reddit users pushed back against the man's views of the neighborhood.

"Frankly, it's their neighborhood, not yours," User Bergen123 wrote. "You are a guest, so stop acting like you're entitled to have the residents of Washington Heights conform to your ideals of what their neighborhood should be like. Instead of broadly painting an entire neighborhood as criminals and deviants maybe keep an open mind when visiting someplace new."

Another user, dsm-vi, wrote, "You decided to stay in a Dominican neighborhood with the character you're describing but you're complaining about the community's way of life. You're not some white savior who needs to help people escape the noise but you seem to think that the community is too incompetent to do anything themselves. Lucky for them you're only there for ten days."