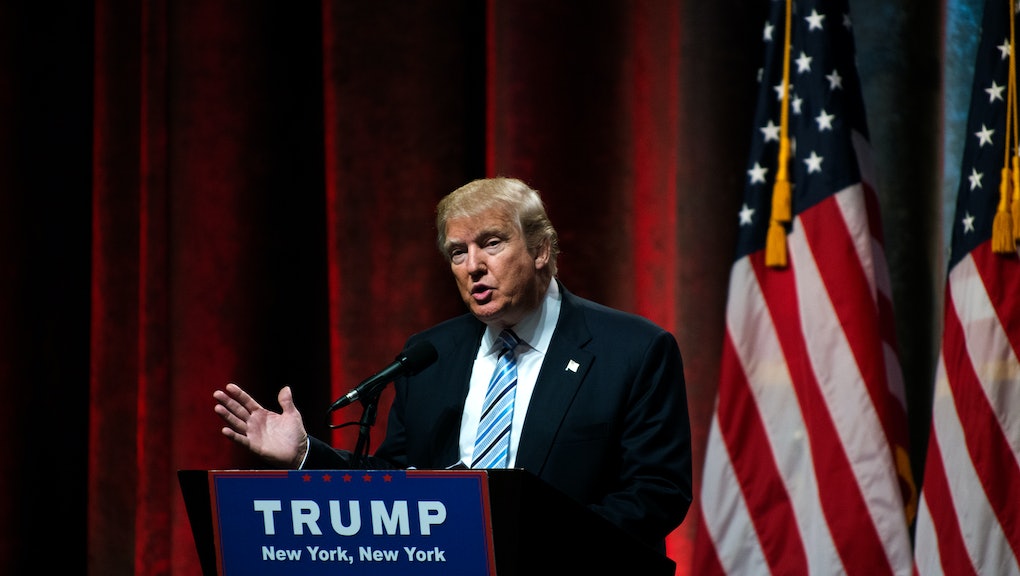 Donald Trump, the Republican nominee for president, prides himself on his Twitter account. As one of the site's power users, the real estate billionaire wields his account as both a weapon against rivals and as yet another way to garner free publicity.

But according to a new analysis on data scientist David Robinson's site Variance Explained, Trump isn't the one sending many of his tweets — at least not the ones which aren't mean.

"When Trump wishes the Olympic team good luck, he's tweeting from his iPhone," wrote Robinson. "When he's insulting a rival, he's usually tweeting from an Android. Is this an artifact showing which tweets are Trump's own and which are by some handler?"

Digging deeper, Robinson makes a number of compelling points — not only do virtually all of Trump's quoted tweets come from the Android, almost all of the tweets involving media like videos or pictures came from an iPhone. Further analysis revealed among Trump's Android tweets, "lot of 'emotionally charged' words, like 'badly', 'crazy', 'weak', and 'dumb', were overwhelmingly more common on Android."

Finally, using a word-analysis method called the NRC Word-Emotion Association lexicon, Robinson found the tweets sent by the Android tended to match negative sentiments: sadness, fear, anger and disgust. Those sent by the iPhone lined up with things like anticipation, trust and joy.

So while it is impossible to know for certain, it does appear much of the positive sentiment which ends up on Trump's account comes from handlers and/or social media staffers. This is hardly unusual; presidential candidates often have more important things to do than personally tweet routine campaign announcements or write "thank you, city I just gave a speech in!"

But what Robinson found most interesting were those tweets written in Trump's seeming voice from the iPhone — either indicating Trump occasionally switches devices or that some "anonymous staffer" has the unenviable job of imitating "Trump's unique cadence."

It appears, that cadence is not just unique but pretty mean-spirited. While that might not be particularly surprising given Trump's rhetoric this election — which has swung from retweeting neo-Nazis to suggesting his opponent might be assassinated — the extent of that negativity is remarkable.