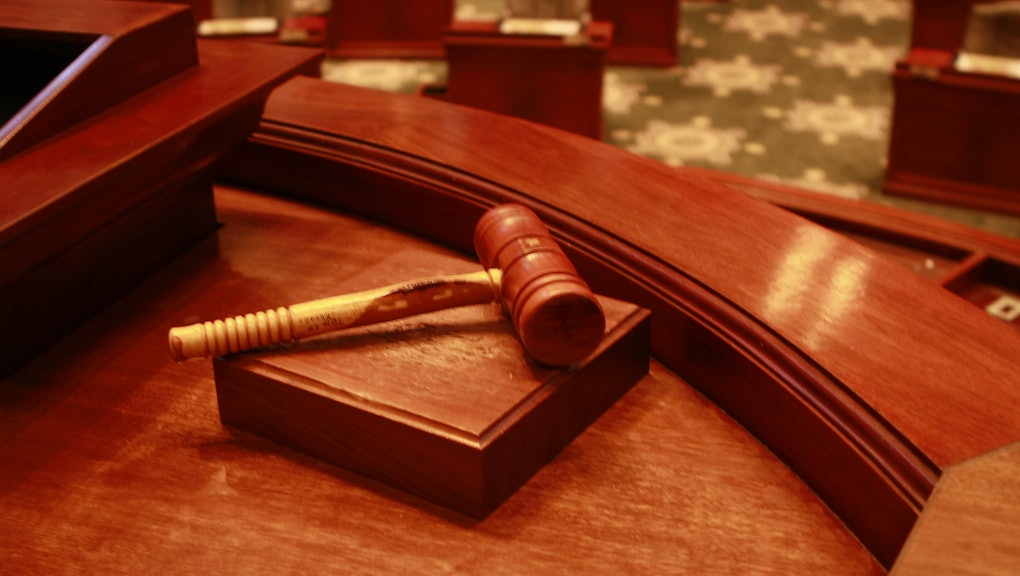 Finally, in the year 2016, the American Bar Association has voted that it is professional misconduct to call women "honey" and "darling" in court, the New York Times reported.

To do so is both condescending and unprofessional, yes, but according to the ABA, it's also discriminatory. The new ethical guidelines ban "comments or actions that single out someone on the basis of race, religion, sex, disability and other factors," the New York Times reported.

"An ethical rule makes us accountable," Drucilla S. Ramey, a former executive director of the San Francisco Bar Association, previously told the New York Times. "Lawyers are officers of the court. We're supposed to set a standard of conduct and that's a privilege."

Courts had previously blocked the use of sexist language on a state-by-state basis — this is the first nation-wide proscription upon belittling behavior, which would subject offending attorneys to fines or suspensions, as decided by their state bar association.

But, because certain lawyers predictably kicked up a "free speech" fuss, there are a few caveats: wielders of the word "honey" and similar monikers will only be punished if the lawyer "knows or reasonably should know it is harassment or discrimination," according to the New York Times, and if the use of such language does not qualify as "'legitimate' legal advice or advocacy."

That's likely vague enough to be exploited as a loophole, but the new rules specify scenarios in which calling the prosecution "darling" would be highly inappropriate.

It may seem like a small step — one the ABA shouldn't even have to take, because calling one's colleague "honey" clearly toes the sexual harassment line — but according to the Times, women practicing law face dismissive, gendered language as a matter of course in the courtroom. At least now man lawyers can't plead ignorance when it comes to rude behavior.