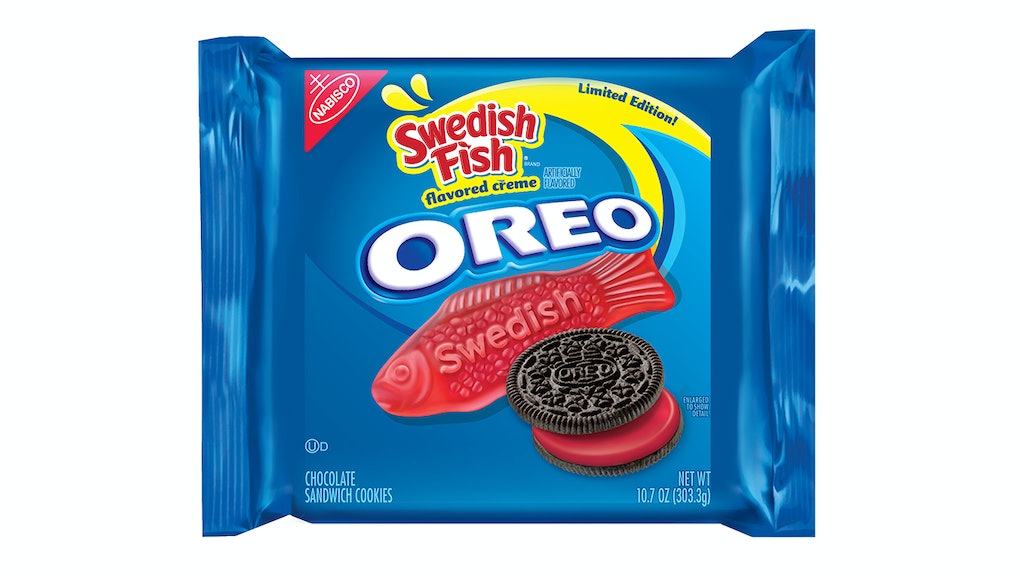 This begs the question: Has the company jumped the shark — or, in this case, the gummy fish?

The cookie features Oreo's signature chocolate wafers sandwiched around a bright red Swedish Fish-flavored creme filling. The flavor looks like the mad scientists who work on Oreo's flavors got bored one day, decided to say "YOLO" and threw a bag of Swedish Fish in the blender with some creme filling.

Swedish Fish have a slightly waxy texture and a wonderfully artificial cherry flavor to them. If you're thinking pairing this with chocolate cookies sounds god awful, well, others agree. "There's a processed chocolate aftertaste, but even then, it has to battle for supremacy with the cherry cough syrup layer that the creme plastered on the back of my throat," the Impulsive Buy wrote in a review of the product.

A number of people on Twitter seem to agree, too:

Oreo has a penchant for turning other desserts, including strawberry shortcake, cinnamon buns and cookie dough into cookie flavors, but Swedish Fish is one of the company's more aggressive releases.

If you or someone you know is curious and brave enough to try the flavor, the cookies can be purchased at Kroger family stores nationwide, a spokesperson said in an email to Mic. Just maybe, for your stomach's sake, don't dip them in milk.