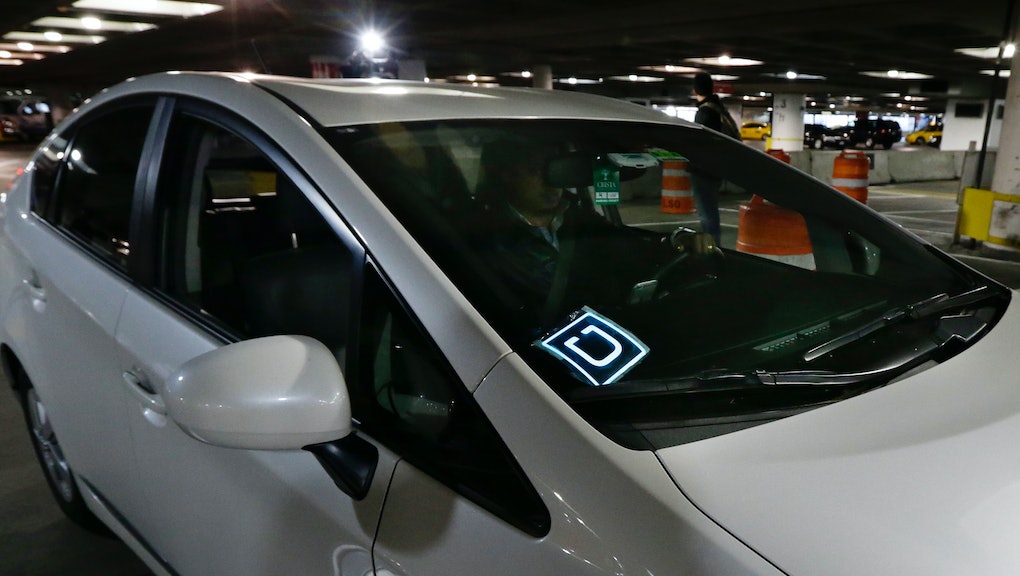 Liz Willock was taking what she thought was a normal Uber ride back to the hotel where she was staying in New Jersey during a business trip back in July. When she and her driver got to talking, she realized she had an opportunity to help a stranger in a pretty incredible way.

"I believe we were meant to meet," she told Today. It turned out that Ellis Hill, the 63-year-old Darby, Pennsylvania native who happened to be Willock's driver, had a son competing in the 2016 Olympic Games in Rio. Darrell Hill will be representing Team USA in the men's shot put competition — but his dad wasn't going to be able to travel to Brazil to see him compete.

"I've been at his games his whole life, so we tried to get it together to go, but it was just too costly," the elder Hill told Today. "Darrell was a good sport about it and said, 'Don't worry if you can't make it dad, I'll take you to the finals in London next year.'"

But that didn't sit right with Willock, so she decided to do something about it. At first she tried to use her company's frequent flyer miles to get Hill down to the games, but when that didn't work, she called him with the idea of setting up a GoFundMe page.

In the page's description they wrote "As a proud father, Ellis dreams of traveling to Rio to see his son compete. Please help make this American dream come true. Thank you for your generosity! GO TEAM USA and GO DARRELL!!!!"

It only took them two days to raise $8,200, more than their goal and enough to completely cover Hill's trip. Now he'll get to see his 23-year-old son vie for Olympic glory in person, something he had thought was completely impossible — and it's all thanks to a lucky Uber pickup.