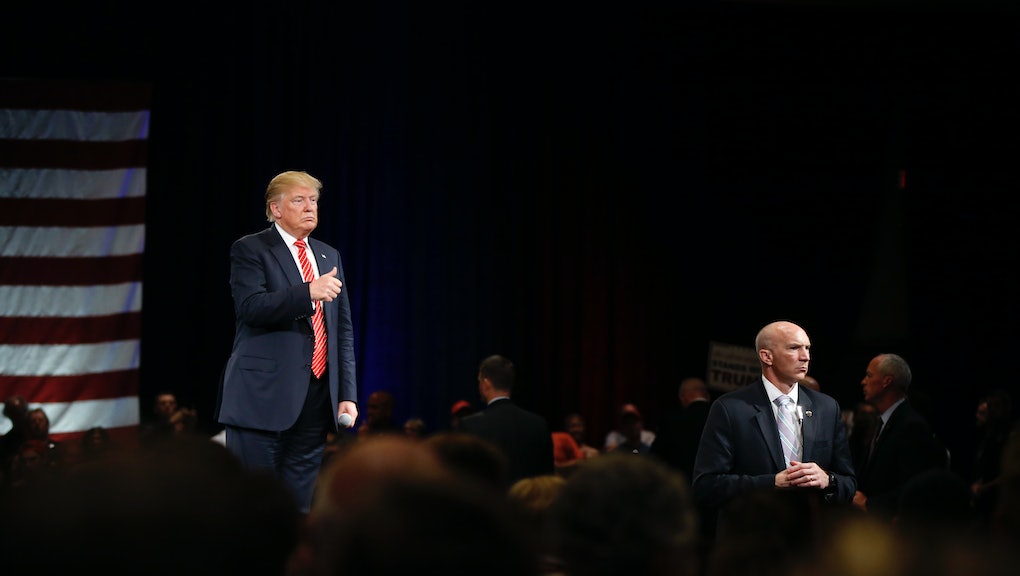 On Tuesday, Republican presidential nominee Donald Trump sent tongues a-wagging when he said that in the event of a Hillary Clinton presidency, "Second Amendment people" could "do" something.

It was a statement even his own P.R. people struggled to explain as anything but a reference to an assassination.

In the day since, multiple news sources reported the United States Secret Service has heeded the remark, prompting the agency to have several sit-downs with Trump's team.

"In fact, I'm told, there has been more than one conversation regarding those comments with the Trump campaign," CNN's Jim Sciutto said on the air Wednesday. "I'm told by the Secret Service that his response, the campaign's response, was that he did not intend to incite violence. But I'll tell you [host Brooke Baldwin], I've been speaking to a number of former Secret Service agents as well."

"They have said that these comments are the kinds that are taken very seriously, and that if, for instance, a private citizen were to say them, that private citizen ... would certainly be interviewed by the Secret Service," Sciutto continued. "But with this added detail that because Trump has such a large following, that in fact the potential danger of that could have greater impact because people listen to them."

Trump, of course, has denied any such meeting occurred.

According to the Atlantic, the Secret Service classifies potential online or offline threats to a president's life using a three category system. "Class 1" threats are those determined to not be serious, while "Class 2" threats are those found to be serious but pose no actual threat to the chief executive. "Class 3" threats, the most serious, are those considered by the agency to be credible enough to warrant a sit-down interview with the person who issued them.

Has Donald Trump made himself a Class 3 threat at the Secret Service? There's no way to know for sure, but to borrow some of that candidate's vernacular: That's what many people are saying.

As for how those meetings went down, one can only wonder.