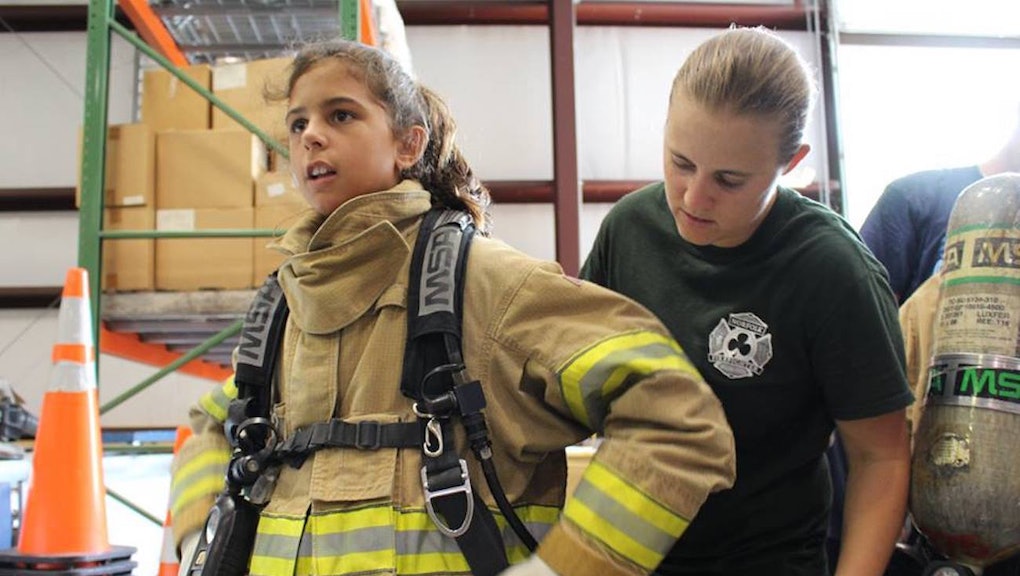 There's a Special Camp Where Girls Train to Be Firefighters

Firefighting is a profession dominated by men — of the roughly 10,500 firefighters in the Fire Department of New York City, the country's largest fire department, only 52 are women. But one group is trying to change things by showing young girls that they can grow up to save lives too.

Camp Fury, a summer program that introduces girls to the skills necessary for becoming a firefighter, was founded eight years ago. This summer it's being held in Chesapeake, Virginia, ABC News reports.

Run by the Chesapeake Fire Department along with Girl Scouts of the Colonial Coast, the camp is hosting 20 girls for a week of hacking through doors with axes and hauling 30 pounds of firefighter equipment.

"It's mostly female firefighters running the camps," Kaitlin Smith, a spokeswoman for Girl Scouts of the Colonial Coast, told ABC News. "They realize there's a lot more to being a firefighter and they develop a well-rounded view. Being able to talk to women in the firefighter service, seeing the things they get to do makes it a more real career option for them."

Firefighter Mandy George told ABC News that, just days into Camp Fury's current session, she's already had girls tell her they want to be firefighters when they grow up.

"I hope that they know that it's not necessarily brute force that allows them to do this, but that skill is involved and they can push through their fears and conquer them," George said. "That being uncomfortable and taking on new challenges is okay."