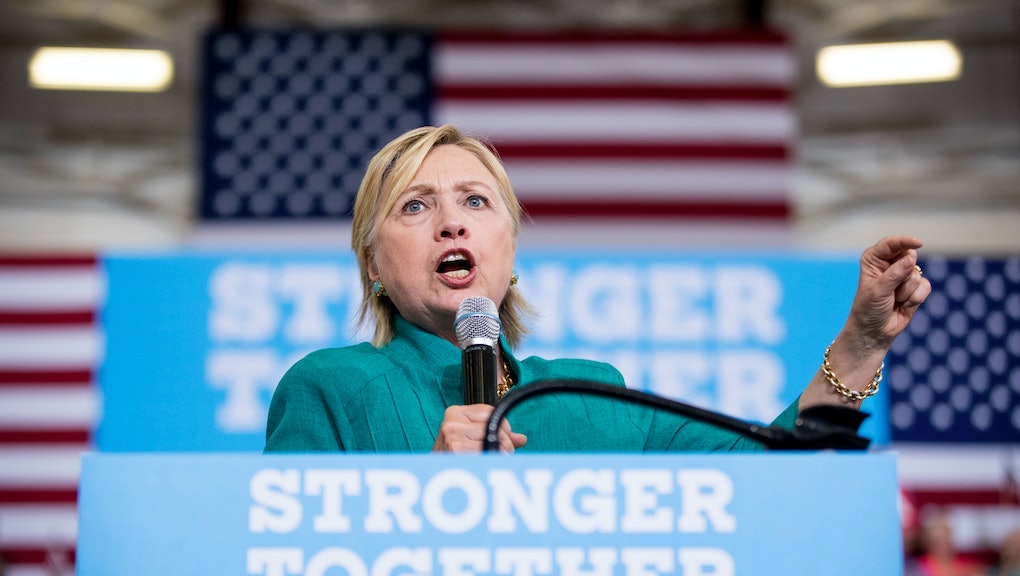 "Words matter, my friends," Clinton added. "And if you are running to be president or if you are president of the United States, words can have tremendous consequences."

On Tuesday, Trump offered a vague call to action during a rally in North Carolina. Many interpreted his comments as a suggestion Clinton should be shot to prevent her from nominating a Supreme Court judge, should she win the election.

"If she gets to pick her judges — nothing you can do folks," Trump said on Tuesday. "Although, the Second Amendment people, maybe there is."

Sen. Chris Murphy explicitly referred to Trump's comments as "an assassination threat." Murphy has aggressively championed gun control since the 2012 mass shooting in Sandy Hook in Connecticut — the state he represents in the Senate.

The Trump camp walked his comments back in a follow-up statement, responding to the backlash. Senior communications adviser Jason Miller, representing the Trump campaign, said his candidate was simply commending the Second Amendment people's "spirit."

"It's called the power of unification," Miller said in a statement emailed to Mic. "Second Amendment people have amazing spirit and are tremendously unified, which gives them great political power."

"This is simple — what Trump is saying is dangerous," Mook wrote in a statement. "A person seeking to be the President of the United States should not suggest violence in any way."