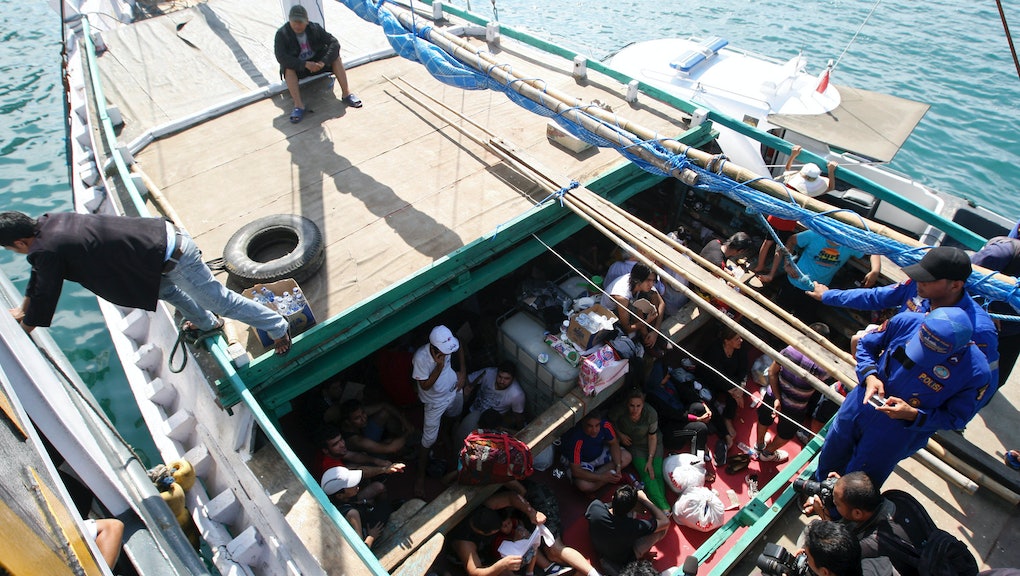 Newly leaked documents allege the Australian government has been complicit in the physical and sexual abuse of child asylum-seekers in one of the country's detention centers.

The Nauru files, a collection of 2,116 documents published by the Guardian Wednesday, were leaked from Australia's detention center on Nauru — a tiny Pacific island state used by the Australian government to detain asylum-seekers who arrive by boat.

Child asylum-seekers were particularly prone to abuse, the leak revealed. While children only account for about 18% of the detainees, more than half of the incident reports involved children.

A report dated June 5, 2014, recounts a security guard refusing to let a girl use the bathroom and instead, after the child squatted on the ground, the child's mother said "the security woman shone her torch in my daughter's private parts." The child was unable to urinate.

Then there's a girl, younger than 6 years old, who was reportedly sexually abused and for whom more than 60 incident reports were filed in the span of 2 years.

In September 2014, a "young classroom helper" reportedly asked for four minutes to take her shower rather than the mandated two minutes, and a male security guard allegedly said he would allow her a longer shower time if he received sexual favors.

"Your problem is that you haven't had sex for two years. Why don't you try having sex with me?"

And a report from June 24, 2014, stated that a girl wrote in her schoolbook she wanted to die. "I want death" and "I need death," the child reportedly wrote.

Considerable efforts have been made by the Australian government to suppress information about Nauru island, according to Amnesty International's senior director of research Anna Neistat.

"What's also very important is how everybody who works on the island is essentially sworn into silence," Neistat, who visited the island, told NPR.

"In Australian law, you face two years in jail if you dare to disclose anything about the situation in Nauru," she added.

In a joint statement on Aug. 2, Amnesty International and Human Rights Watch called on the Australian government to end the practice of indefinitely holding asylum-seekers captive in appalling conditions.

"Few other countries go to such lengths to deliberately inflict suffering on people seeking safety and freedom," Neistat said in the statement.