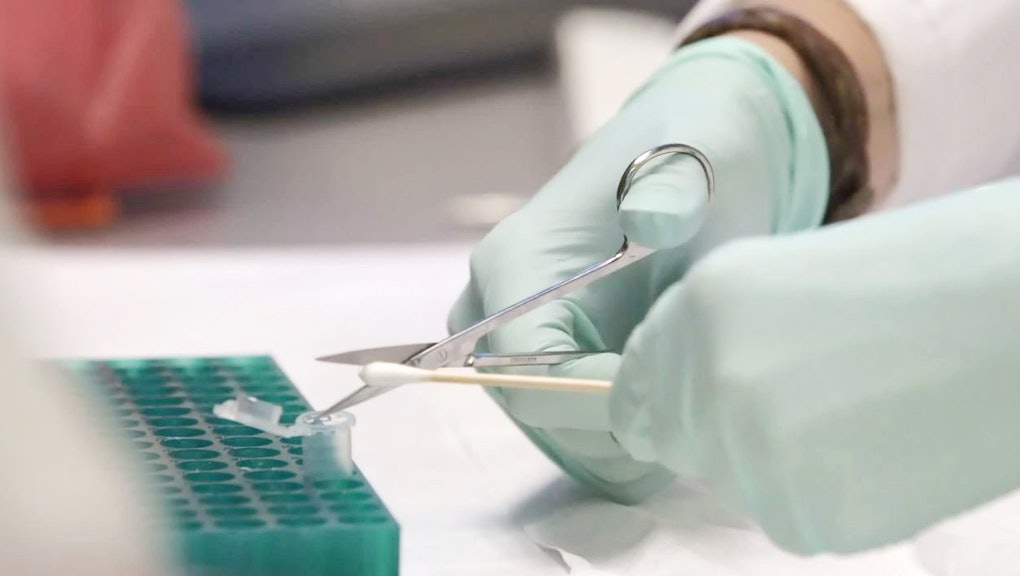 If there's any hardship that can approach the trauma of sexual assault, it is the immediate aftermath for victims who choose to report the crime to authorities.

In addition to answering a slew of questions about their attacker and the circumstances surrounding the assault — not to mention invasive and often victim-blaming questions about themselves — sexual assault victims must be poked and prodded in order to complete a rape kit, an estimated 400,000 of which currently remain untested.

In a call to action that started on Tuesday, a group called Test400K began sending a standard rape kit to every United States governor, the Huffington Post reported. Test400K is pushing for governors to implement systems that would allow victims to track the status of their rape kits from the hospital to the police to the testing labs.

"Most governors have never seen a rape kit — and I think that when you see one, you have a visceral reaction," Julie Smolyansky, Test400K's co-founder, said in an interview on Thursday.

"And most of us think that what happens is like what we see in movies or on TV — that it's a quick investigation and they're expediting your case to solve," Smolyansky said. "That doesn't happen — most cases end in the hospital after the rape kit is collected."

Smolyansky said the tracking systems would work the same way as those for the U.S. Postal Service or UPS, allowing victims to access a portal where they can see where their rape kit is in the testing process.

"Since we have the technology and software already, it's not hard to create a system that will not only give survivors a sense of empowerment but will also lead to more timely investigations," Smolyansky said.

There have been several initiatives in the past to create accountability for rape kit testing and to expedite the process.

A group of women in Michigan led by Kym L. Worthy, head of the prosecutor's office in Wayne County, launched a fundraiser in 2014 in an attempt to meet the hefty $27 million it would cost to test each of the Detroit Police Department's 11,000 backlogged rape kits. By the end of the year, Worthy had raised the money to test 2,000 of the kits and teamed up with a local business woman to create the organization Enough Sexual Assault in Detroit, known as Enough SAID.

Giving the cause an even larger platform, Vice President Joe Biden spoke out against the backlog in September. Alongside U.S. Attorney General Loretta E. Lynch, he announced $80 million in grants to eliminate the backlog.

"They can apply for these federal funds and bring this money in," Smolyanski said. "There's no reason any governor shouldn't be endorsing this call to action. It's the lowest hanging fruit in terms of reducing violence against women."