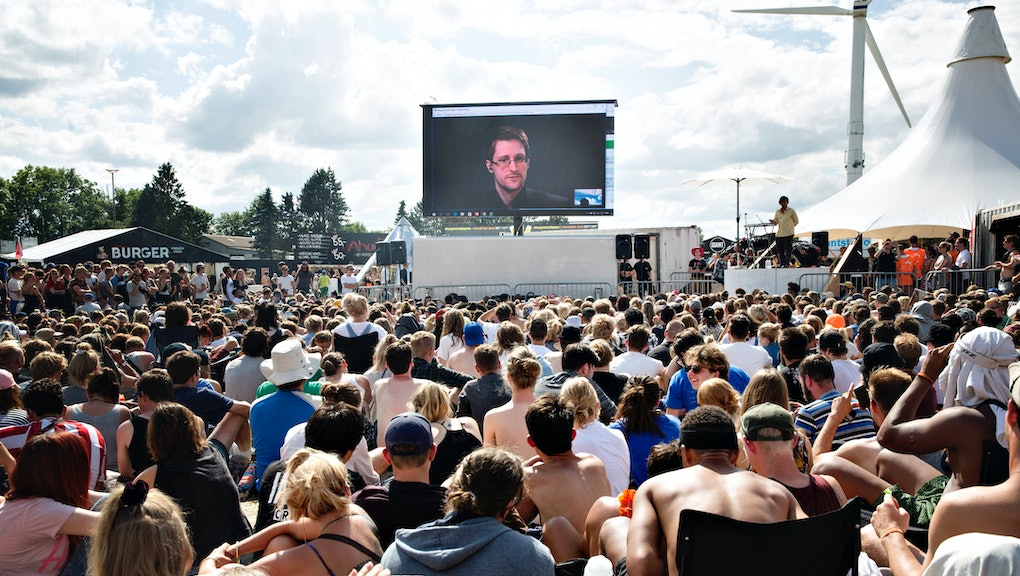 How Much Money Does Edward Snowden Make? Here's a Big Clue.

Edward Snowden, the famous National Security Agency whistleblower — or thief-of-state-secrets, depending on whom you ask — has been making a lucrative living on the speaking circuit, according to a scoop from Yahoo News.

Citing an anonymous source close to Snowden and a trove of leaked emails, Yahoo News now estimates that the former NSA contractor made about $200,000 total from these remote speaking engagements just within the last year.

Snowden's price per appearance, in front of audiences ranging from public universities to this year's San Diego Comic Con, can now be as high as $25,000, Wizner said.

Those officials are less than supportive of Snowden's new career path: Central Intelligence Agency Director John Brennan told Yahoo News that it was "unfortunate and wrong" that Snowden has been able to parlay his high-profile leak into speaking engagements after he "violated the oath that he made to this Constitution and this government."

To be fair, $200,000 a year isn't exactly an ungodly sum: It's now common knowledge that Democratic presidential nominee Hillary Clinton has earned about that much for just a single speech — and Republican presidential nominee Donald Trump has talked at real estate seminars for $1.5 million per appearance.

Wizner also pointed out that Snowden speaks to non-profit groups for free, and that the whistleblower isn't exactly living large: "He lives a frugal and modest life," Wizner told Yahoo News.

As recently as December 2013, Snowden was living quite modestly indeed, at least according to the Washington Post, which wrote that he doesn't drink and "lives off ramen noodles and chips."

In any case, from a national security standpoint, it seems American authorities should prefer Snowden earn a living talking about privacy to cosplayers and college students in the U.S. — as opposed to, say, doing maintenance for a certain unnamed, but "large," Russian website.