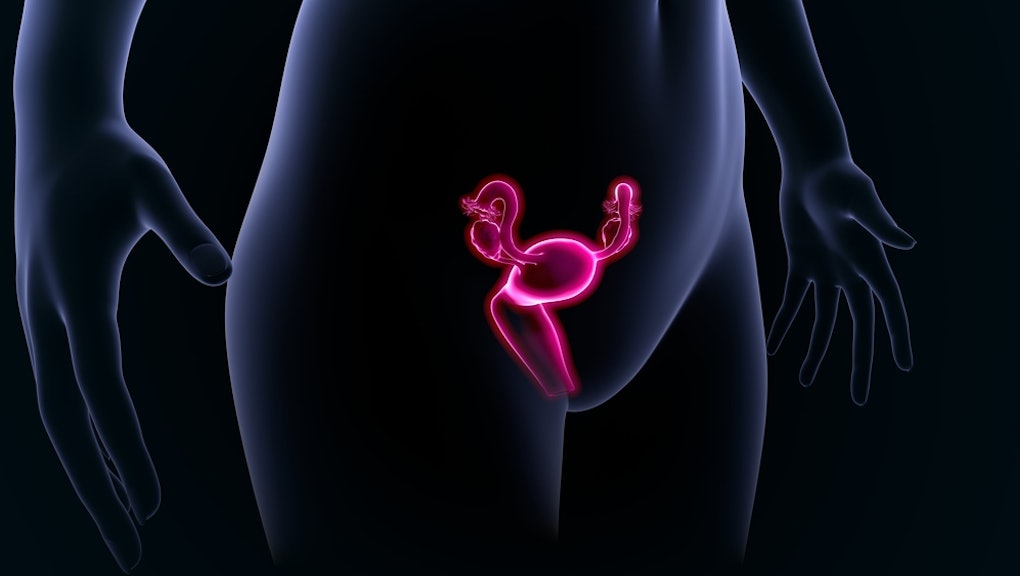 Women's reproductive organs have incredible capabilities. But did you know they can also serve as a badass speaker system?

Canadian doctoral student and performance artist Dayna McLeod, 44, is now staging immersive concerts in her uterus, a project that she calls the Uterine Concert Hall, which she hopes will subvert preconceptions about women's bodies.

The project's inaugural performance kicked off on July 28 with sets from local feminist DJs. One of the crowd favorites was a version of Fleetwood Mac's "Tusk."

In a private Twitter message, McLeod said she used a Babypod, a tiny speaker intended to let pregnant women play music in their vaginal cavities for the fetuses inside of them.

"A cable runs out of the DJ sound board quite literally into me," McLeod said. "The hub for the vaginal speaker also has an earphone jack, so an outside-my-body listener can hear sound before it gets into me."

"The [headphone] cable was long enough that they could dance and jump around away from me," McLeod said. "Some described the [stethoscope] sound as like listening underwater ... Some stethoscope listeners also danced, but with less mobility."

The idea of using tech to lift the stigma on female reproductive organs intrigued McLeod, who has a history of using her own body to challenge sexist stereotypes.

In 2014, for example, she delivered a cabaret performance where she inserted tampons onstage during a monologue about working at a bronze foundry and put the tampons in her earlobes as jewelry. (Warning: The below photo is very NSFW.)

Even after the cabaret performance with tampons, inviting audiences to listen to songs projected into her vaginal cavity may be McLeod's most intimate musical performance yet.

"[The Uterine Concert Hall] is subverting technologies that are intended for pregnant women," she said. "[I'm] queering the uterus ... to examine (literally) the female body, what we think of it, how we are controlling it, what we expect of it."

McLeod thinks our culture refuses to recognize that LGBTQ and post-menopausal bodies still have a uterus, widely ignoring the reproductive organ outside the context of having babies. She hopes inserting a speaker into her vagina and staging a concert in her uterus will challenge the audience's ideas about women's reproductive organs as purely intended for fertility.

Projecting the music inside her had a surprising effect on McLeod long after the concert ended. "After the show I felt really, really relaxed. I had a body buzz going on that continued through the next day," she said. "Like I had experienced an internal massage."

There's still a dire lack of research about what female reproductive organs are capable of, beyond childbearing and sexual functions. But for now, McLeod just wants to spread the word that the organs are more than baby-makers. She wants to go on tour and host concerts at feminist-friendly venues across the region.

"Hopefully people walk away asking questions about cultural expectations of the female body," McLeod said, "as well as think about the laws that govern her."