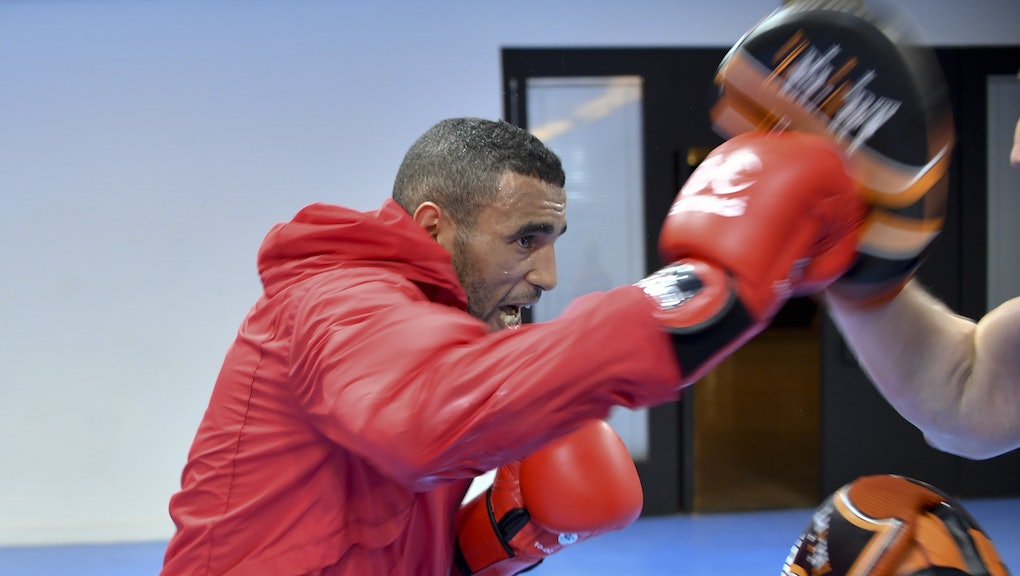 Rape Culture at the Olympics, Sponsored by Viewers Like You

Fans love the Olympics because it fosters a sense of global solidarity — a kumbaya-like feeling that allows spectators to believe, at least for a few weeks, that friendly athletic competition can contribute to world peace. That happens to be a stated goal of the International Olympics Committee: In addition to invoking national pride and giving fans something to cheer for, the Olympics is about letting sports remind us what we all share.

One of the things we share, unfortunately, is the rape culture that pervades competitive sports. Fans' love for the game often leads them to turn a blind eye to sexual violence, whether it's committed by athletes, coaches or onlookers. But the nationalist sentiment attached to athletes' success at the Olympics exacerbates the problem: In this setting, it's not just the competition that's at stake, but each country's reputation.

Before the games' opening ceremony on Friday, Brazilian police arrested Moroccan boxer Hassan Saada on charges of sexual assault after the athlete allegedly forced himself on two women working in the Olympic Village. Days later, Namibian boxer Jonas Junius was arrested on similar charges, having allegedly "attempted to grab and kiss the cleaning lady" in an Olympic Village building, according to the New York Times. Both men are being held in police custody and will likely not participate in the games.

It would be easy to blame incidents like these on cultural differences; standards of sexual behavior and the treatment of women vary across the globe. The International Olympics Committee has acknowledged this as a factor in its efforts to curb sexual harassment and assault. In 2007, the organization issued a statement that stressed sexual violence in the games must be addressed "regardless of cultural setting."

But focusing on those cultural differences excuses the fact that sports culture — and our veneration of the athletes who bear their nations' flags — normalizes rape and abuse.

Rape culture in sports relies on the power imbalance that comes from lionizing athletes as national heroes.

Olympic competitors aren't just athletes or role models, nor are they merely champions we pay millions to entertain us. They're patriots — symbols of the countries they represent. The culture that valorizes these national heroes also reinforces a sense of entitlement, especially among male athletes, that emboldens them to prey on the vulnerable. This is the cornerstone of rape culture, which encourages male sexual aggression and blames victims for any abuse they endure. At heart, rape culture in sports relies on the power imbalance that comes from lionizing athletes as national heroes. One can see this dynamic at play in Rio, where Saada and Junius reportedly attacked low-level Olympic Village staffers — people least able to speak out and most likely to be disbelieved.

Spectators and sports organizations are conditioned to diminish the severity of sexual misconduct by athletes. In coverage of Stanford student Brock Turner's recent conviction for sexual assault, the media often focused on Turner's talents as an Olympics-bound swimmer. Turner's lenient sentence — three months in jail all told — was par for the course: Athletes frequently walk when they're charged with sexual assault. Judges and fans alike excuse their behavior because they're our champions and heroes. In the United States, football has offered clear and abundant examples of abuse allegations being disregarded in favor of letting players continue to play — from Jameis Winston to Darren Sharper, Greg Hardy to Ray Rice.

The miasma of rape culture reaches into the ranks of coaches and mentors as well. A recent IndyStar investigation revealed, for instance, that USA Gymnastics, which oversees the U.S. Olympics gymnastics team, ignored sexual assault allegations against its coaches for years, defending predators who contributed to gymnasts' success. Similar accusations of cover-ups in U.S. swimming show the premium placed on getting the gold.

In competitive sports, there is a business interest in covering up abuses. Players can't play when they're sidelined for committing sexual assault, and can't win if their coaches are fired for abusing them.

The culture of silence that fuels sexual violence in sports also means the full extent of the problem is often kept under wraps. But there's little doubt it's a recurring problem. During the 2000 Olympics in Sydney, Ugandan swimmer Joe Atuhaire was arrested for raping a 17-year-old girl. Japanese gold medalist Masato Uchishiba was accused of sexual harassment, and was later sentenced to five years in prison for rape after competing in judo at the 2004 games in Athens and 2008 games in Beijing.

These are not problems we want to think or talk about when we're rooting for our Olympic champions. But when winning ranks above all else, they're precisely the sorts of problems we should expect.