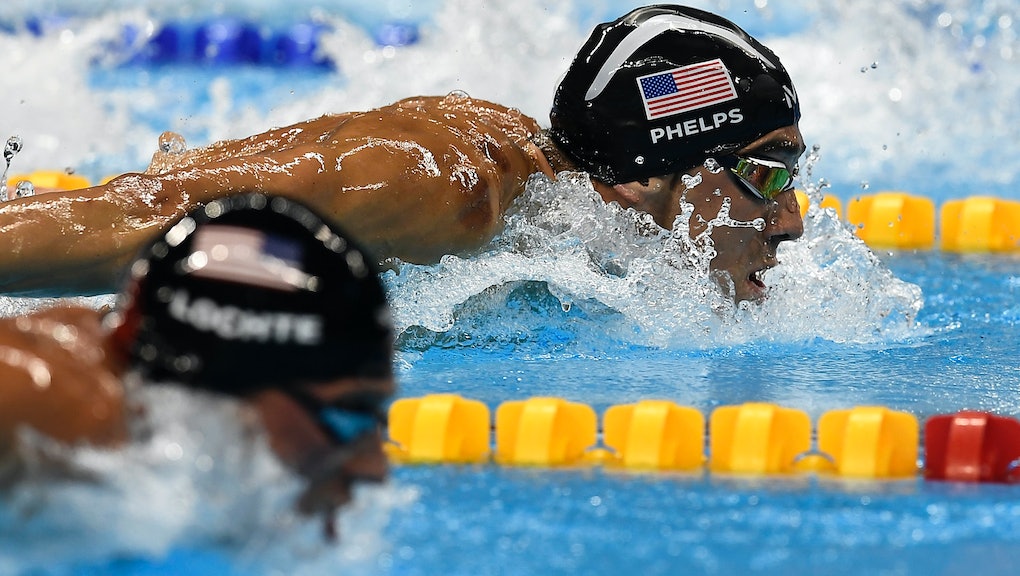 In the showdown swimming fans have been anticipating all week, Michael Phelps defeated Ryan Lochte to win the gold medal in the 200-meter individual medley race at the Olympic Games in Rio de Janeiro Thursday.

The victory landed Phelps his 26th career Olympic medal, and his 22nd gold — both Olympic records.

Lochte, in a surprise development, did not medal. Between them, the two Americans had the 13 fastest times ever swum in the event entering these Games, according to Team U.S.A.

Thus likely concludes one of the greatest — and friendliest — rivalries in modern sports. Phelps, 31, and Lochte, 32, having been competing against each other for more than 10 years, always seeming to bring out the best in each other.

"He brings the best out of me," Phelps said in a poolside interview after the 200-meter medley semifinal Wednesday.

"We bring the best out of each other," Lochte, standing beside Phelps, agreed.

Phelps has now won his fourth straight Olympic gold medal in this medley event, a race that challenges swimmers by making them utilize four different swimming styles — the breast stroke, back stroke, butterfly and freestyle.

Lochte took the silver in both 2004 and 2012, and the bronze in 2008. His remarkable career — both in Olympic competition and other events in between — has had the misfortune of taking place during the Michael Phelps era.

"I guess you would say I'd be like the Michael Phelps of swimming if he wasn't there," Lochte told NBC News in an interview released Thursday.

Fortunately, the two have also been teammates in other notable events. On Tuesday, they partnered up with Towny Hass and Conor Dwyer to win gold for the U.S. in the 4x200-meter freestyle relay.