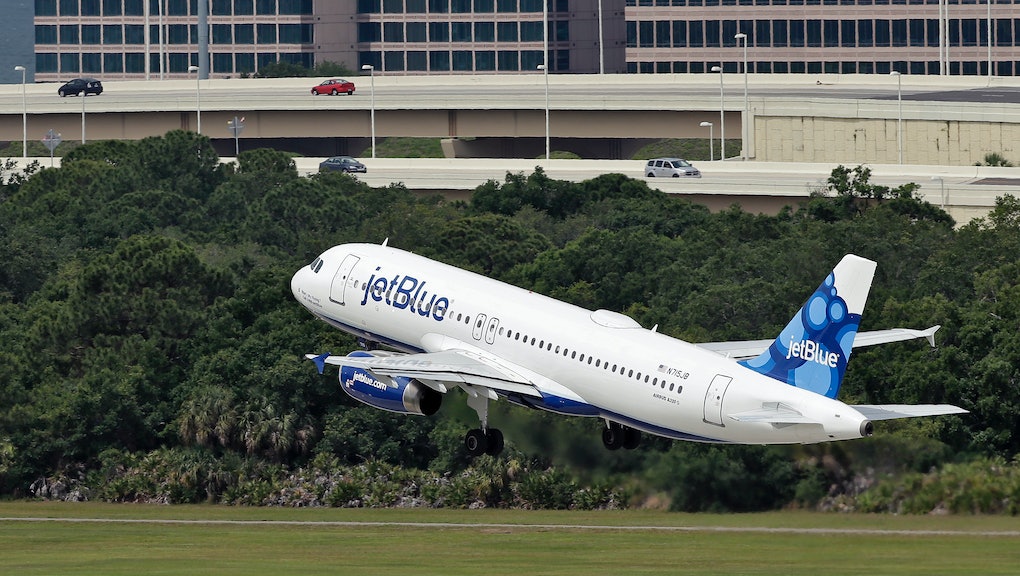 At least two dozen people were sent to the hospital for evaluation after severe turbulence shook a JetBlue flight heading to Sacramento, California, a JetBlue spokesperson said, according to CNN.

Thanks to what's assumed to be harsh weather conditions, JetBlue Flight 429 from Boston to Sacramento had to be diverted to Rapid City, South Dakota, when the turbulence got so bad, customers were literally flying out of their seats.

Of the at least 24 people taken to the hospital, two were crew members, according to CNN.

Where turbulence comes from: Turbulence can happen even when the weather looks clear. Clear-air turbulence can occur during changes in atmospheric pressure, or when the plane interacts with fast-moving air currents called jet streams. Other times, the air around mountains can have an impact on flight patterns.

Bad weather, cold fronts and warm fronts can also mess with the air, making for rough flying. Updrafts and downdrafts are rising and sinking air pockets caused by bad weather, like thunderstorms. If a plane gets caught in a downdraft, it can force the plane to drop. Downdrafts have been blamed for crashes in the past.

In the case of the JetBlue flight, there was a frontal boundary — or a barrier between two masses of air with different densities — "moving across the central plains that caused bad weather conditions in that region at the time of the turbulence," CNN weather producer Michael Guy said.

Passengers said the Rapid City police and fire departments were ready upon arrival with a pop-up triage unit. Another plane was brought in to take the rest of the passengers to Sacramento.