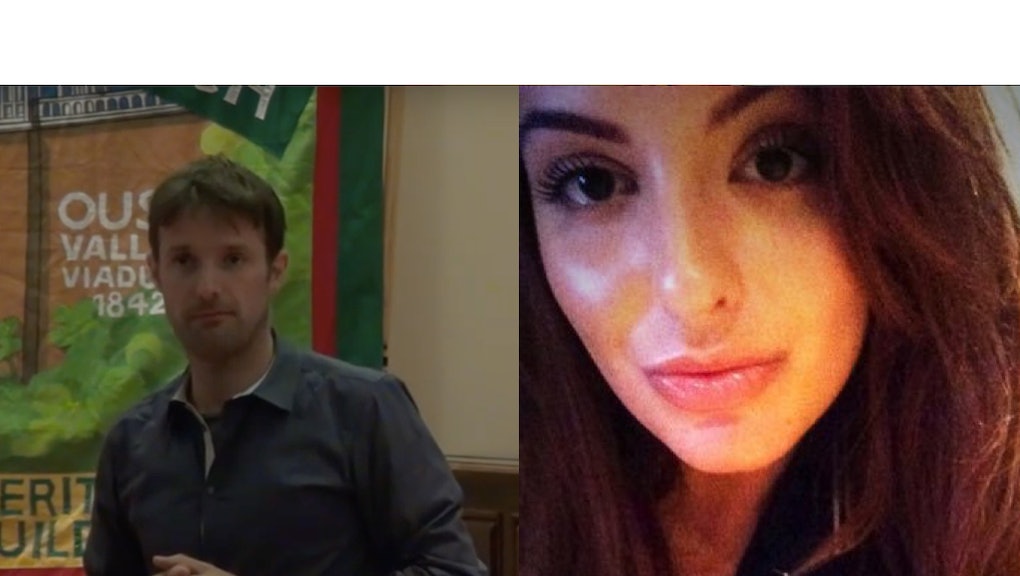 We've all heard about universities turning a blind eye to sexual violence within the student body. Now, the United Kingdom's Sussex University is being accused of failing to take action against a staff member who assaulted a female student.

The Independent reported that last July, media professor Dr. Lee Salter was convicted by the local Magistrates' Court of viciously beating 24-year-old Allison Smith, whom he met at Sussex University. At the time of their relationship, Smith was a student and Salter was a professor at the school.

Smith told the The Independent that at first, Sussex University was aware of the professor's romantic relationship with Smith, but advised them to be "discreet." It is unclear whether Smith ever took a class with Salter.

She said she turned to student support officers when Salter became abusive, punching her in the face, stamping on her and pouring salt into her eyes and ears. Yet Smith said she did not receive any response from the university itself after reporting abuse.

In an email to Mic, the Sussex institution claimed it is supporting Smith, but offered no comment on reports that the abusive professor is still gainfully employed at the school.

"The University had been following the court case closely and our thoughts are with our former student... the University's management team has been in regular contact with her throughout and they continue to support her," the statement said. "However we are unable to comment on individual employment matters."

Although she has since graduated, Smith expressed concern that Salter will continue to target young women and subject them to intimate partner violence.

"I often fear that another young woman will have to endure what I have with him ... The shock of what happened; the patterns of manipulation, the disturbing physical and verbal abuse will never leave me," her victim statement said according to The Independent.

(Mic reached out to Smith and will update when we hear back.)

Her concerns highlight the fact that this isn't an isolated issue. In the United States, a 2011 survey of more than 500 college students found that 29% of female students said they have been in an abusive relationship. According to a study of domestic abusers in multiple US states, including Colorado and Pennsylvania, 29% of the convicted men assaulted their victim or a new partner after the first incident of abuse.

So far, the university has largely remained silent in the wake of public outrage. Yet the survivor took to Twitter to publicly refute any suggestion that the school supported her.

Since the allegations surfaced, hundreds of people have signed an online petition urging the university to fire Salter. Others are tweeting at the university and posting on the school's Facebook page.

"Can't believe this is being tolerated in my University," wrote Facebook user Ella Calland. "You've completely let us down."