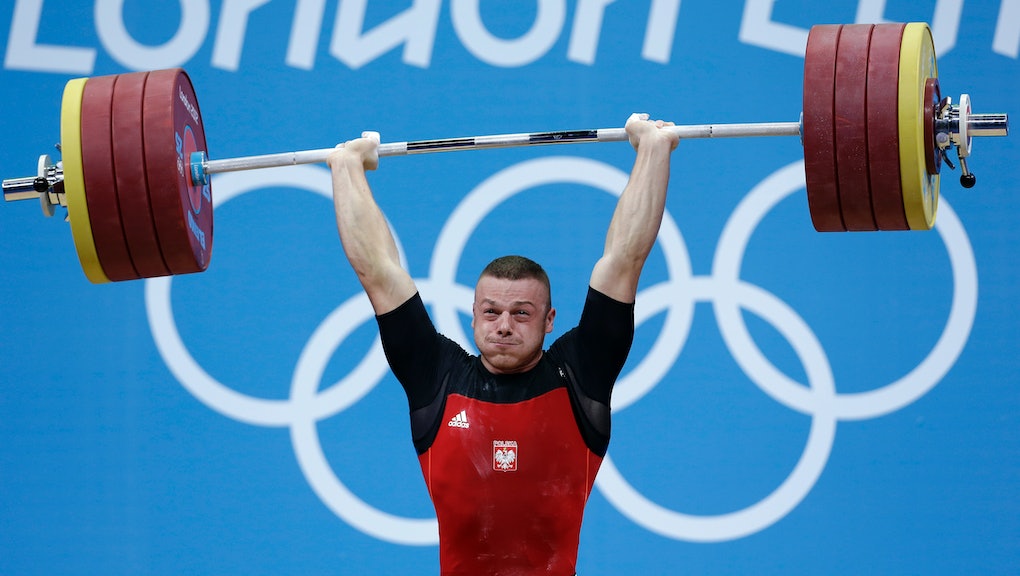 Zielinski, a 27-year-old 2012 Olympic champion weightlifter, tested positive for the anabolic steroid nandrolone, Poland's anti-doping committee said, according to Agence France-Presse. He'd been planning to compete in the men's 94 kg event before news broke that both he and his brother, 25-year-old Tomasz, had tested positive for steroids.

Danekova, who competed in the steeplechase run at the 2012 Olympics, tested positive for a banned blood-booster called erythropoietin, Reuters reported. Erythropoietin, or EPO, is used to increase the rate of red blood cell production in the body. Danekova was suspended, pending the result of her B-sample, according to Reuters.

Earlier this month, multiple Russian athletes were kicked out of the Olympics amid doping allegations, though many argued for a blanket ban for Russia's competitors. On Sunday, Chinese swimmer Chen Xinyi tested positive for a banned diuretic called hydrochlorothiazide, the BBC reported. The 18-year-old Olympian has reportedly been suspended while the allegations are investigated.