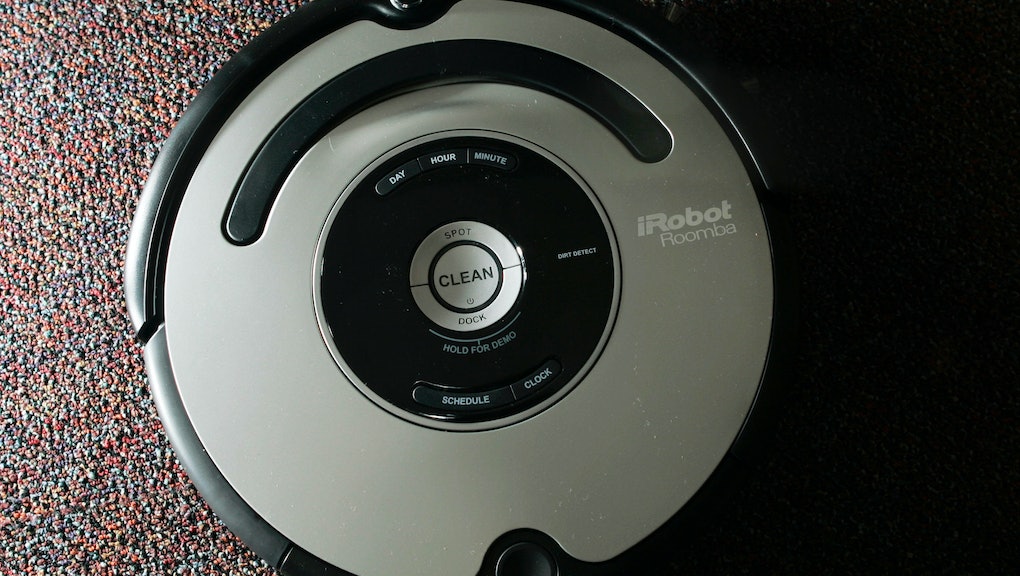 Robots are here to serve us and make our lives better because we are their overlords — except when they spread poop all over our houses.

In a Facebook post that was uploaded on Tuesday and quickly went viral (for obvious reasons), an Arkansas man described the horror he encountered one morning after his Roomba ran over some dog poop at 1:30 a.m.

"So, last week, something pretty tragic happened in our household. It's taken me until now to wrap my head around it and find the words to describe the horror," wrote Jesse Newton.

Yes, that's right — Newton's Roomba, a robot sworn to protect and clean its master's home, found some dog poop. And once it did, it "spread the dog poop over every conceivable surface within its reach, resulting in a home that closely resembles a Jackson Pollock poop painting."

The poop wound up in every crack, every crevice, every nook and cranny of Newton's family's home.

He described the horrific moment of discovery in chilling detail: "Then, when your 4-year-old gets up at 3 a.m. to crawl into your bed, you'll wonder why he smells like dog poop. And you'll walk into the living room. And you'll wonder why the floor feels slightly gritty. And you'll see a brown-encrusted, vaguely Roomba-shaped thing sitting in the middle of the floor with a glowing green light, like everything's OK. Like it's proud of itself. You were still half-asleep until this point, but now you wake up pretty damn quickly."

Neither the rug nor the Roomba could ultimately be saved from the poop-splosion, but luckily, Newton's Roomba was under warranty and he got a replacement from the (incredibly merciful) retailer, Hammacher Schlemmer.

"Yes, folks," Newton explained, "They are replacing the Roomba that ran over dog poop and then died a poopy, watery death in the bathtub — by no fault of their own, of course."

Read Newton's full post, including a helpful diagram of the poop trail, below: