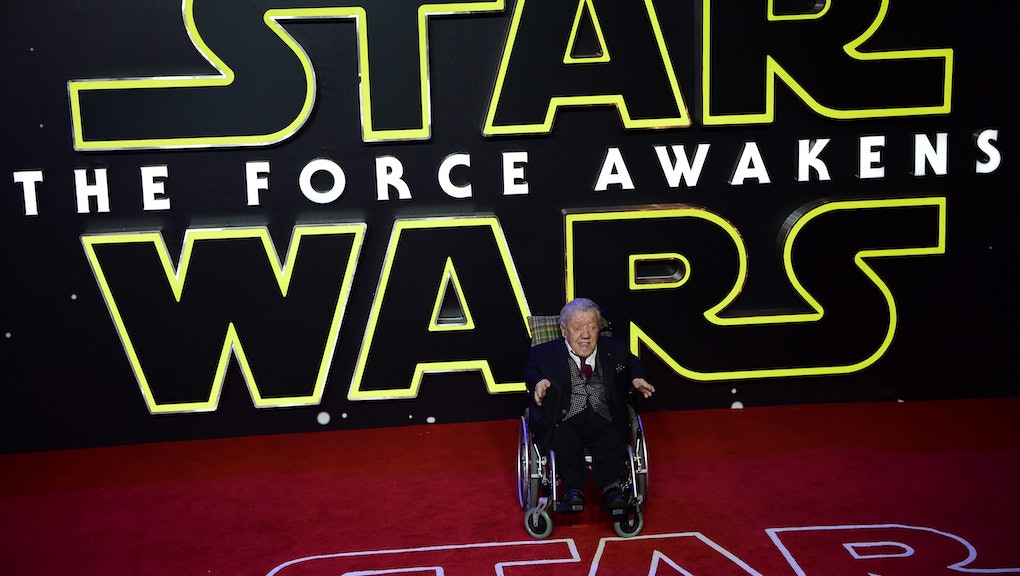 Kenny Baker, the 3 foot 8 inch actor who portrayed the droid R2-D2 in the Star Wars film franchise, died at the age of 81 following a "long illness," reported the Guardian on Saturday.

Baker portrayed the famous robot in 1977's Episode IV — A New Hope, as well as its sequels The Empire Strikes Back and Return of the Jedi and the prequel film trilogy.

According to Wookiepedia, before director George Lucas hired Baker to climb inside the R2-D2 suit, Baker was "a circus and cabaret performer with entertainer Jack Purvis," and his other film credits include Willow, Labyrinth and The Elephant Man. He was also an accomplished mouth organ player and had an act in stand-up comedy.

"It was expected, but it's sad nonetheless," Baker's niece, Abigail Shield, told the Guardian. "He had a very long and fulfilled life. He brought lots of happiness to people and we'll be celebrating the fact that he was well loved throughout the world. We're all very proud of what he achieved in his lifetime."