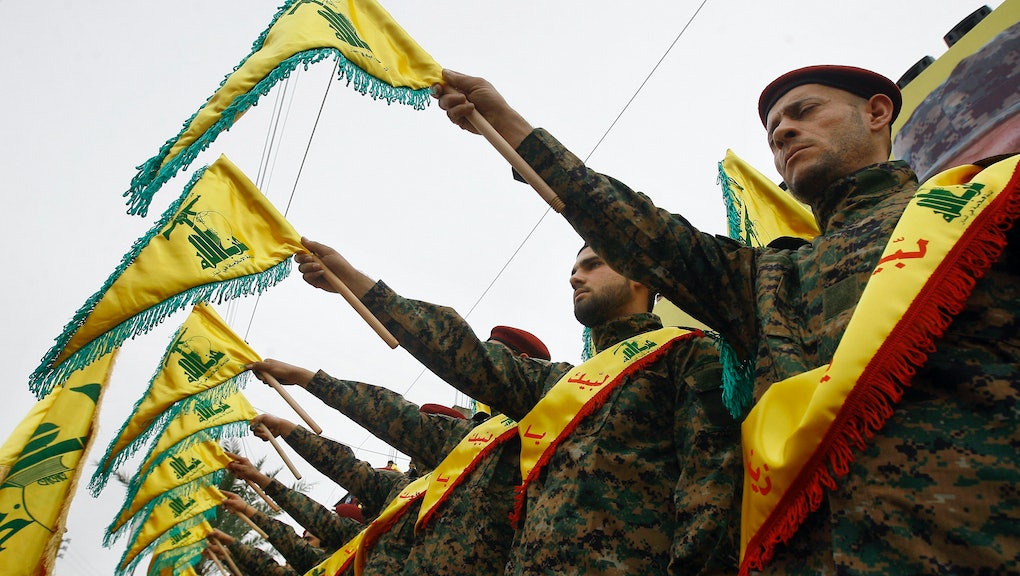 Republican presidential nominee Donald Trump has found a new ally in his quest to convince voters President Barack Obama is the "founder of ISIS": Hezbollah.

At a rally in southern Lebanon on Saturday, Hezbollah's leader Hassan Nasrallah spoke out in favor of Trump's assessment of the origins of ISIS. "This is an American presidential candidate who is saying this. What he says is based on facts and documents," according to the Associated Press.

The Lebanon-based militant organization, which is Shiite and allied with the government of Iran, is a staunch opponent of ISIS, which is Sunni. Hezbollah paramilitary units have deployed to Syria, fighting in support of strongman Bashar al-Assad's government there, with their principal opposition being ISIS militants. According to Newsweek, since 2014 ISIS has made growing inroads into Lebanon in an attempt to take the fight back to Hezbollah's base of operations.

Whether or not Trump actually thinks Obama is the founder of ISIS — since making the comments last week, the candidate has tried to portray them as just another joke — Nasrallah may be a true believer. In 2014, the New York Times reported theories former Secretary of State Hillary Clinton and Obama funded ISIS "as part of a plot ... to replace the region's autocratic rulers with more pliant Islamist allies," many of which seemed to originate in Egypt, had spread rapidly throughout much of the Middle East.

According to the Times, one of those won over by the rumors of conspiracy was Lebanese foreign minister Gebran Bassil, who posted on Twitter that he had demanded an explanation from the U.S. embassy.

In her book, Hard Choices, Clinton blamed the spread of the rumors on "some unusually irresponsible and demagogic right-wing political and media personalities in the United States, including members of Congress," according to the Times.

There's ample reason to question whether U.S. policy in the region has created more chaos than it has resolved. But Trump has been among the crowd Clinton blamed for the spread of the rumors. In 2014, Trump speculated the Obama-ISIS connection runs through yet another focal point of Republican obsession: the 2012 attacks on the U.S. consulate in Benghazi, Libya.

Though Trump has yet to cite any hard evidence beyond misinterpreted intelligence briefings in any of his claims about the president and terrorist groups, it's nice to know he and a radical Islamist organization can find some common ground on the issue. After all, Trump does like reminding voters how many tremendous friends he has.