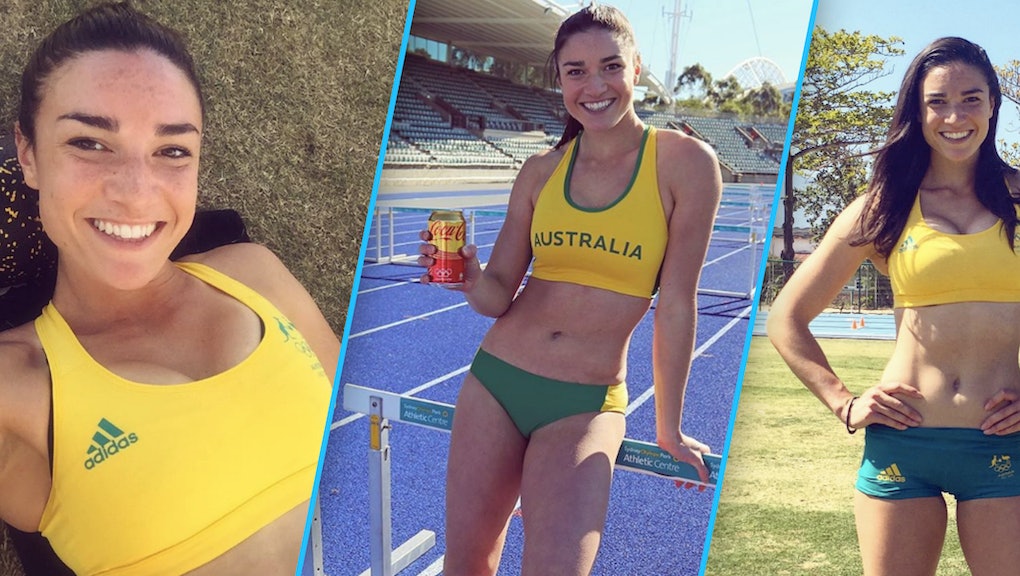 Implants or a Good Bra, Here's Why People Need to Shut Up About This Olympian's Breasts

On Wednesday, Australian hurdler Michelle Jenneke is set to make her Olympic debut at just 23 during the 100-meter hurdles. Unfortunately, all anyone can talk about is whether or not she got breast implants.

After just one flattering Instagram post of Jenneke, who first caught the world's attention in 2012 with a particularly peppy warm-up routine that went viral, outlets from around the world are zeroing in not on Jenneke's talent or her accomplishments, but her body.

"Did Michelle Jenneke get a boob job?" Hollywood Life asked. "Michelle's boobs have never been small, per se, but they did seem to be more perky than normal!"

"Hurdler Michelle Jenneke has set tongues wagging once again by flaunting her ample cleavage in an array of revealing crop tops at the Rio Olympics," the Daily Mail wrote.

The conversation has gotten so heated that blogs devoted to plastic surgery have started to weigh in.

Even over on Jenneke's own Instagram, where she posts countless pictures of herself training, she's facing questions not about her performance, but about her body.

"'Boob job for sure there's no way that it's a push up bra," one commenter wrote, to which another quickly rebutted: "When guys don't know how sports bras or bras in general work lol."

This is just the latest example of people focusing on female Olympians' bodies rather than their talents.

In just more than one week of Olympic coverage, people have weighed in on American gymnast Gabby Douglas's hair and her smile, Mexican gymnast Alexa Moreno's body and whether or not female gymnasts should wear makeup.

Luckily, amid all this the women who are being attacked have found their defenders on Twitter.

Not even female athletes, who have often devoted almost their entire lives to crafting their bodies to be as strong and able as possible, are safe from people on the internet, who are probably sitting on their couches as they voice their opinions about whether or not the athletes' bodies are acceptable.

But here's the thing: They don't care if their body meets your standards. They only care that their bodies meet their own standards as their competing at the goddamn Olympics.

So, here's the reason why no one should care about whether or not Michelle Jenneke did or did not get a breast augmentation: It doesn't matter.

What matters to us is not how Jenneke looks or what people think of her body, but how she does on Wednesday, when she'll be competing in her first ever Olympics. Good luck, Michelle.