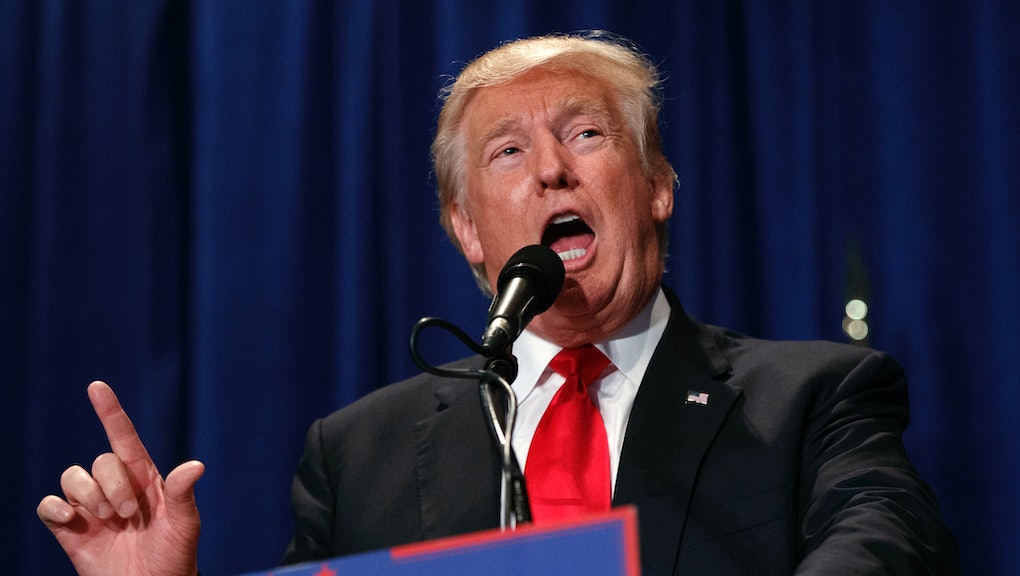 The creators of Cards Against Humanity have a new goal besides creating a notoriously offensive card game and sending boxes of actual poop through the mail. Now they want to annoy the hell out of GOP candidate Donald Trump.

The team recently started a fundraiser connected to the upcoming presidential election. They created two new packs of cards: one with an illustration of democratic nominee Hillary Clinton, another with one of Trump.

"Today, we're letting America choose between two new expansion packs about either Hillary Clinton or Donald Trump," a post on the campaign page reads. "At the end of this promotion, Cards Against Humanity will tally up the sales of both packs, and depending on which pack gets more support, we will donate all the money in support of Hillary Clinton's campaign."

In other words, they're creating a super PAC: a group able to accept unlimited political donations.

As of this writing, the campaign had already sold over $310,000 worth of the $4 card packs, according to the site's counter.

Cards Against Humanity's co-founder, Max Temkin, explained the point of the campaign to the Daily Dot in no uncertain terms: to "drive Trump nuts."

"Donald Trump operates outside of the normal parameters of American politics ... He advocates for unconstitutional, illegal, dangerous and hateful polices that frighten us," Temkin told the Dot. "We feel like making jokes about Donald Trump and doing what we can to politically organize against him are a moral imperative."

According to the campaign site, the funds earned by the expansion packs will go toward "direct, legal contributions" to Clinton's own PAC, as well as get-out-the-vote initiatives in swing states and contributions to groups opposing Trump. Most important of those, Temkin told the Daily Dot, is creating ads specifically to piss off Trump.

"Trump takes himself terribly seriously, and that's hilarious," Temkin said. "He is an egomaniac with zero self-discipline, and many campaign sources have reported that he spends large portion of his days brooding over bad press and shouting at his staff about it.

"Our goal is to drive Trump nuts with that stuff and capture as much of his attention as possible. Making jokes and doing funny things for attention is kind of our superpower, our team is really, really good at that."