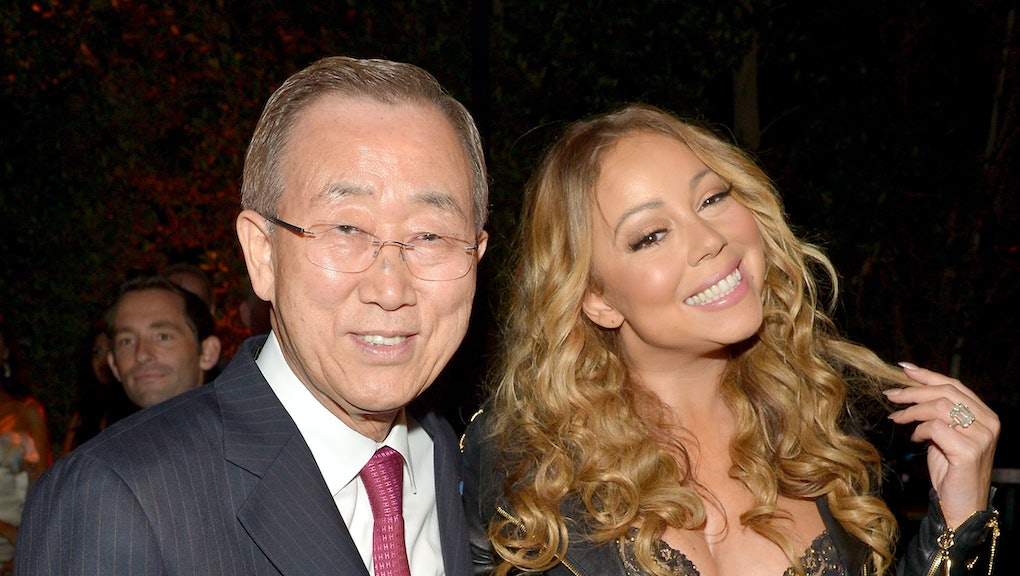 United Nations Secretary-General Ban Ki-moon said Wednesday he should be replaced by a woman. It is "high time" a woman lead the multinational organization, he said.

The South Korean statesman was speaking at an event in Los Angeles and responded to a question about a potential female successor, the Associated Press reported.

"We have many distinguished and eminent women leaders in national governments or other organizations or even business communities, political communities, and cultural and every aspect of our life," Ban told the Associated Press Thursday, the day after. "There's no reason why not in the United Nations."

"[There are] many distinguished, motivated women leaders who can really change this world, who can actively engage with the other leaders of the world," he added.

Ban also argued his successor should be able to represent minorities and the underserved, according to the AP. He is serving his second five-year term and is set to be replaced at the end of the year.

Five of the eleven finalists are women.

While Ban does not technically have any say in who will fill the role, he made it clear he was pulling for a female successor. "That's my humble suggestion," he told the AP.

The U.N., established in the wake of World War II in 1945, has had eight secretaries-general in its more than 70 years of existence — all of them have been men.