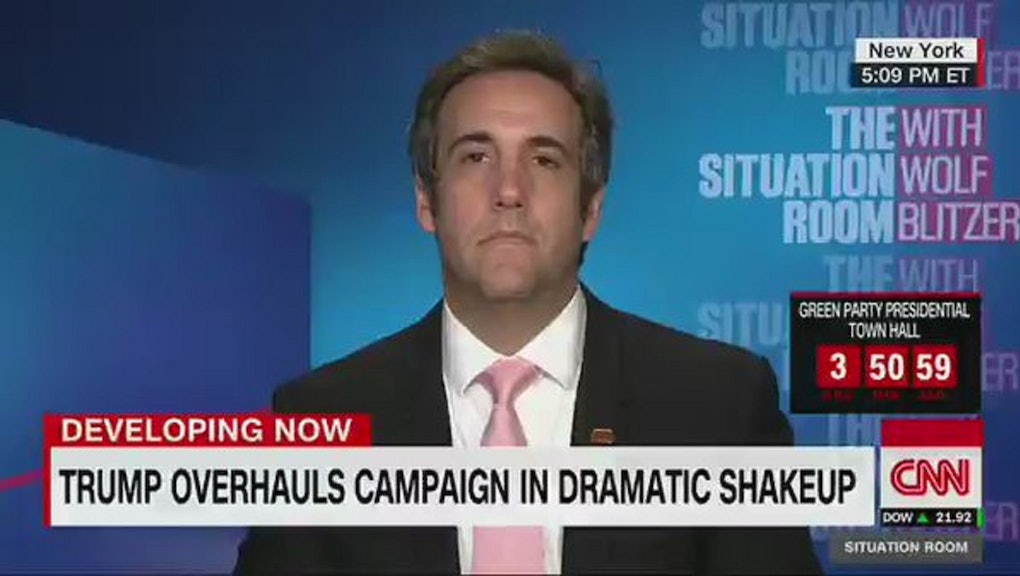 On Wednesday, Republican presidential nominee Donald Trump hired the head of Breitbart News, Stephen Bannon, as his new campaign chief executive. The staffing change effectively replaced campaign chairman (and spin doctor for dictators) Paul Manafort as the top authority in Trump's campaign other than the big man himself.

On CNN on Wednesday evening, senior political correspondent Brianna Keilar asked Trump's legal counsel, Michael Cohen, whether the move was a reaction to the candidate's spiraling numbers in the polls.

"Let me ask you about this," Keilar asked. "You say it's not a shakeup, but you guys are down, and it makes sense that there would —"

"Polls," a clearly unamused Keilar responded. "Most of them. All of them?"

After a brief, awkward silence, Cohen repeated, "Says who?"

"Polls," Keilar said. "I just told you, I answered your question."

"All of them," Keilar said.