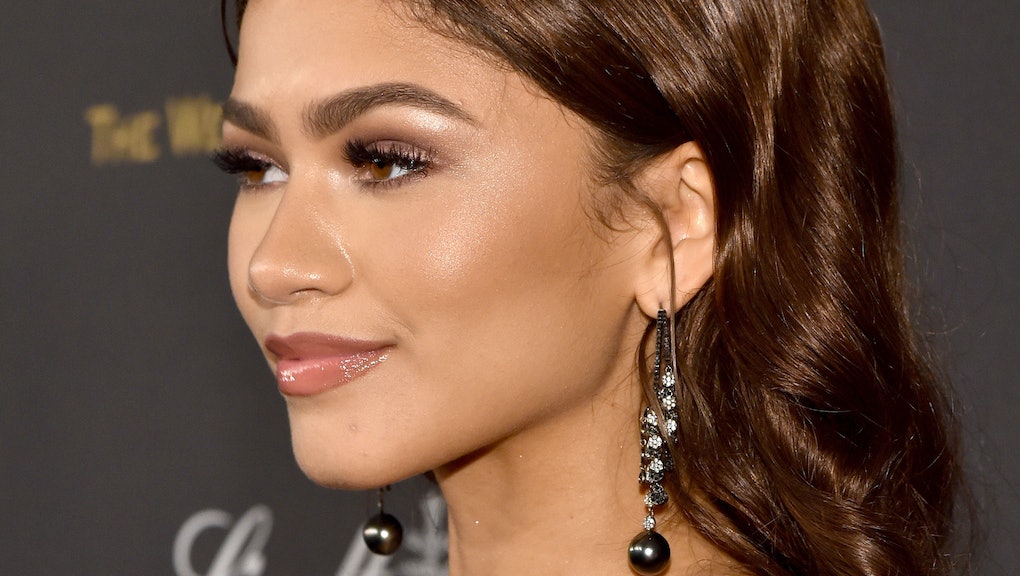 This is exciting for myriad reasons — lack of inclusion in Hollywood is still a major problem, for instance, and this is a great step forward. But if Zendaya has indeed officially been cast as MJ, it's not just exciting, it's important. For a character so heralded in comic culture, being played by a self-professed black feminist challenges audience understanding.

We care so much about superhero girlfriends because they represent the hero's ultimate motivation. MJ is supposed to be the all-American "girl next door," a personality Zendaya perfectly encapsulates — even if her frame and skin tone don't match the original comics.

Zendaya isn't the only black woman to get cast in an upcoming superhero movie. Kiersey Clemons is slotted to play tough and savvy journalist Iris West in the new Flash movie. Meanwhile, Tessa Thompson was on the receiving end of petty outrage when she got cast as the traditionally blonde Marvel heroine Valkyrie.

Like Thompson's, Zendaya's potential casting has been controversial because the character, never before played by a black woman, has an iconic look. Mary Jane is a green-eyed redhead with a babydoll face. But let's get real. Kirsten Dunst is a natural blonde with blue eyes and comic book fans didn't squeal when she portrayed MJ in the onscreen Spider-Man trilogy.

Twitter users have been quick to call out racist objections to Zendaya reviving the role. It's commonplace for actresses to dye their hair or wear wigs to play iconic characters, especially in superhero movies.

Yet the reaction to Zendaya's casting touches on more than just racism. New interpretations of female characters challenge gender inequality throughout the comic book universe.

Especially for female characters without ass-kicking powers, like Mary Jane, superhero love interests are often cast as the innocent damsels-in-distress who mainly serve as a foil for the superhero's morality. Zendaya, in contrast to Dunst, is a powerhouse of screen presence. In her hands, the typically mistreated and insecure redhead surely won't be the same.

Spider-Man's alter-ego Peter Parker constantly obsesses over Mary Jane, and her character is often lusted after from afar. Blogger Jaleh Najafali believes Mary Jane's character originally represented a "sexualized Barbie doll," inserted in the story to bat her eyelashes and receive the hero's benevolent sexism. "Ever since her first full appearance in 1966, Mary Jane has appeared as an unattainable ideal," Najafali wrote.

No example better represents the sexist trope she represents to many male fans better than the busty figurine of Mary Jane bending over to do Spider-Man's laundry.

If we want comic book movies to move beyond their sexist pitfalls, it's crucial we reimagine female characters beyond the scope of what's familiar.