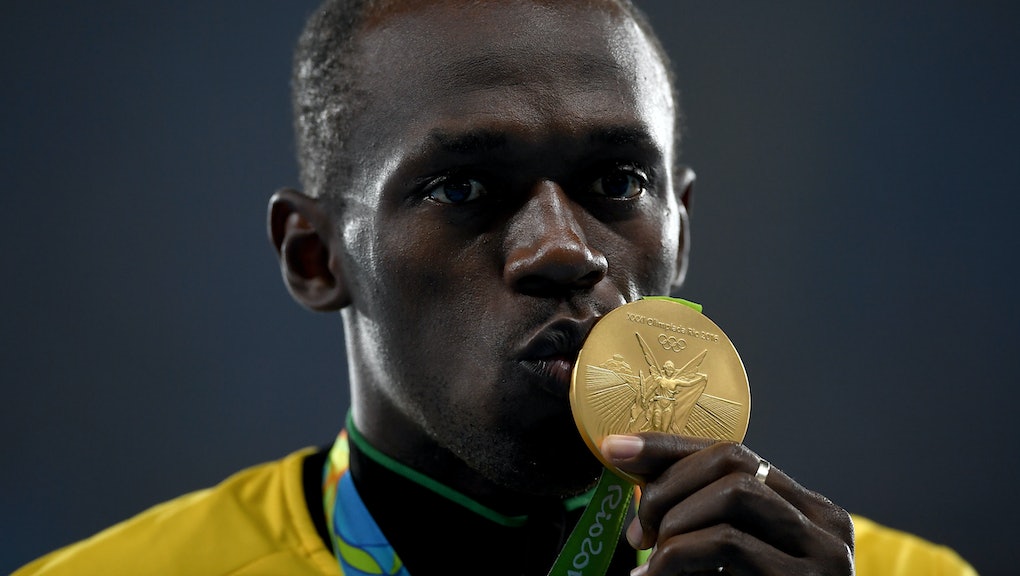 To conclude the 2016 Rio Olympic games, Jamaican runner Usain Bolt broke an Olympic record by winning the 4x200 men's relay race, leading his team to victory with a time of 37.27 seconds.

Bolt's win comes at the heels of his victories during the 100m and 200m races in Rio this week. He claims this will be his final Olympics.

"I've proven to the world I'm the greatest. This is what I came here for. That's what I'm doing. This is why I said this is my last Olympics — I can't prove anything else," he proclaimed earlier this week.