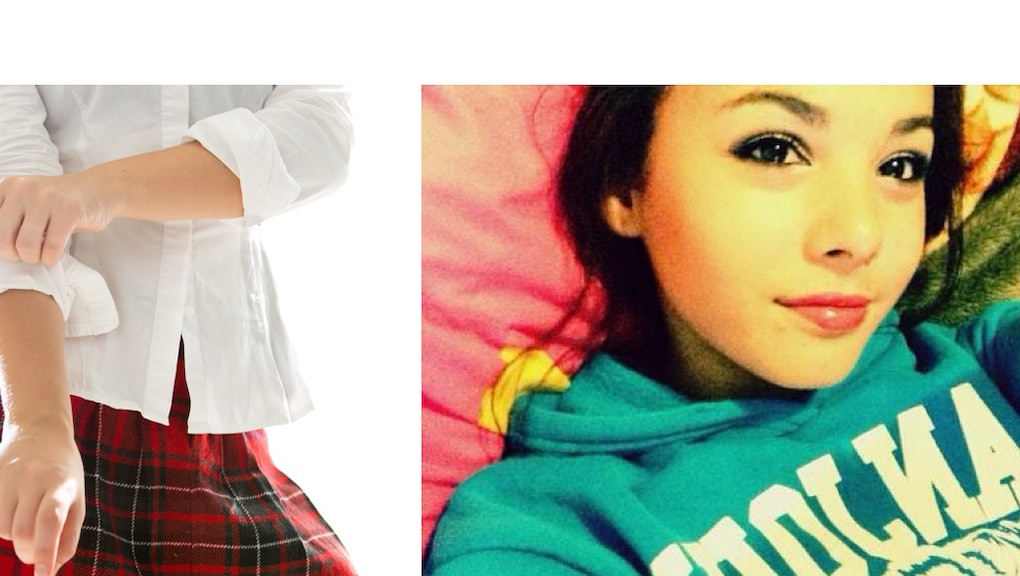 Australian newspaper The Age reported that the school assembly warned female students not to wear makeup or to send "sexy selfies." The students were also reportedly told that wearing knee-length skirts would help "protect their integrity."

"You can't tell me what ladylike is because we don't live in the '50s any more. I am looking for equality," she said in the Facebook video, which has generated more than 12,000 views. "I am 15 years old. You do not get to sexualize me like that, you do not get to tell me that my body is sacred, because it isn't."

"Instead of laying blame directly where it falls – with the perpetrators – it seems her school decided the best line of defense was to haul the girls into a meeting and not just police their appearance, but thoroughly insult and denigrate them," Manning wrote on Facebook. "...I've received messages from the girls telling me they are feeling extremely uncomfortable at school."

In the school's defense, Kambrya College principal Michael Muscat said there was a "misunderstanding" among students about the school assembly. He said it was merely intended to remind female students about dress code policy.

"The enforcement of our uniform policy and the abuse and the recent exploitation of girls online are separate issues and should be treated as such," Muscat told the The Age.