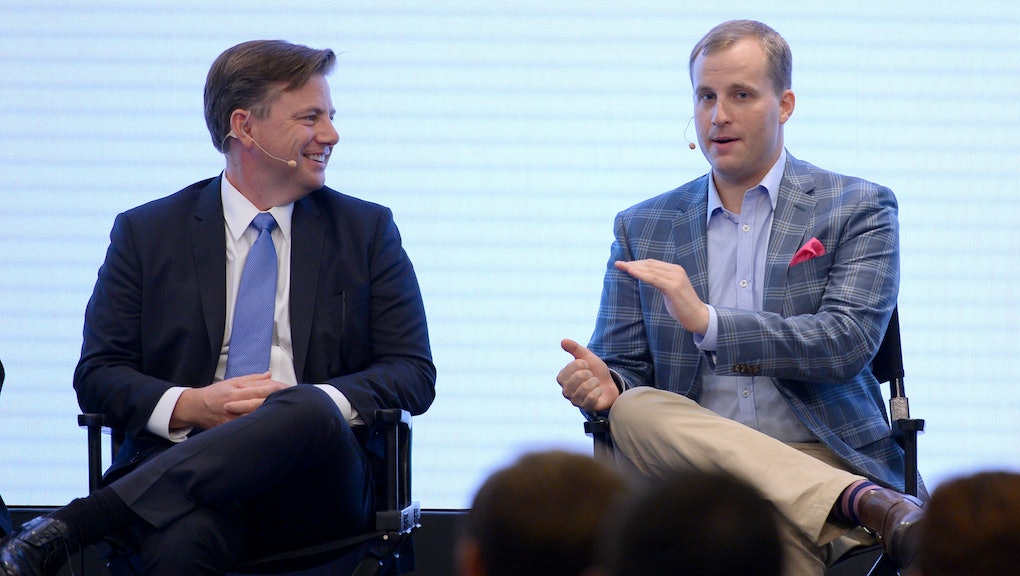 Millennial Republican has a blunt message for the GOP: Evolve or die

Evan Siegfried doesn't think the Republican Party is quite dead yet.

Instead, the GOP has just "put itself in a very slow-moving car that's approaching a cliff."

The preppy pundit says his new book, GOP GPS: How to Find the Millennials and Urban Voters the Republican Party Needs to Survive, is meant to help the party wake up and claw its way out of deadly quicksand.

"Millennials are the most ethnically diverse generation in the United States, [and] we've got a presidential candidate who's polling at 1% among African-Americans," Siegfried lamented in a recent interview about the book, which is being officially released Tuesday.

The core of Siegfried's argument as made in the book is simple: "Millennials and urban voters shall be the dominant and deciding voters of the 21st century. To ignore them and not bring them into the fold is outright political malpractice."

The fundamentals of Siegfried's advice may be familiar to a GOP that underwent searing postmortems after President Barack Obama defeated Republicans John McCain and Mitt Romney. The same party that swore to reach out to minorities, women and young people is now engaged in a paroxysm of of hand-wringing over Trump's attempt to defeat Hillary Clinton in November.

Siegfried argues that just as critics need to dump the "caricature" of the millennial as nothing more than the "pajama-wearing, pot-smoking kid living in their mom's basement," the GOP needs to shake its reputation as "this thing of the past, pushing old ideas ... the 'party of the crusty old white man.'"

Nominating someone like Trump, Siegfried says, was the polar opposite of what the GOP must do to attract new voters. If Evan McMullin, the former CIA agent being marketed to Republicans as the anti-Trump, is on the New York ballot in November, Siegfried will support him.

Rebuilding the party starts with softening its rhetoric, particularly on hot-button social issues that may be driving young people to the left, Siegfried contends. Instead, the party should focus on pocketbook issues. Among those: addressing the loan burdens that are "basically a ball and chain for them when they get out of college."

This is not to say Siegfried thinks, to paraphrase Trump himself, that Republicans are "going to turn it around quickly."

Siegfried grew up on the famously liberal Upper West Side of Manhattan. As the odds would suggest, he started out as a Democrat.

"As I got older and became more politically aware in an almost one-party town, I saw [that] these promised solutions weren't really doing the trick," he said, explaining his political evolution.

While he's moved to the right on many issues, one area where he's vocally opposed to many of his party's most ardent conservatives is immigration.

"Let's end our pushes to kick out illegal immigrants by giving them a pathway to citizenship through legally immigrating into the United States. Let's end the practice of sanctuary cities," he writes, calling on fellow Republicans to "stop demonizing and punishing the children of undocumented immigrants" and embrace birthright citizenship.

Siegfried readily acknowledges he'll be dubbed a RINO — a Republican In Name Only — for some of the ideas he espouses. Party leaders may say he's directly at odds with what the GOP officially stands for as stated in the platform adopted just last month at the Republican National Convention in Cleveland.

The way he sees it, he's on a mission to save the GOP.

"There are tons of Republicans who are absolutely mortified by everything Trump has said," Siegfried said.

Those people — and independent-minded millennials who could be wooed by the party — could be the next generation of a retooled GOP.

Team Trump did not immediately respond to a request for comment.

Of course, Siegfried allows he didn't do this book entirely for the good of the nation.

"I admit it; I did write this for my own benefit: I want to be able to go on dates without ever having to defend my political beliefs," he wrote. "I would rather spend my time and energy arguing over what to watch on Netflix and order for dinner."