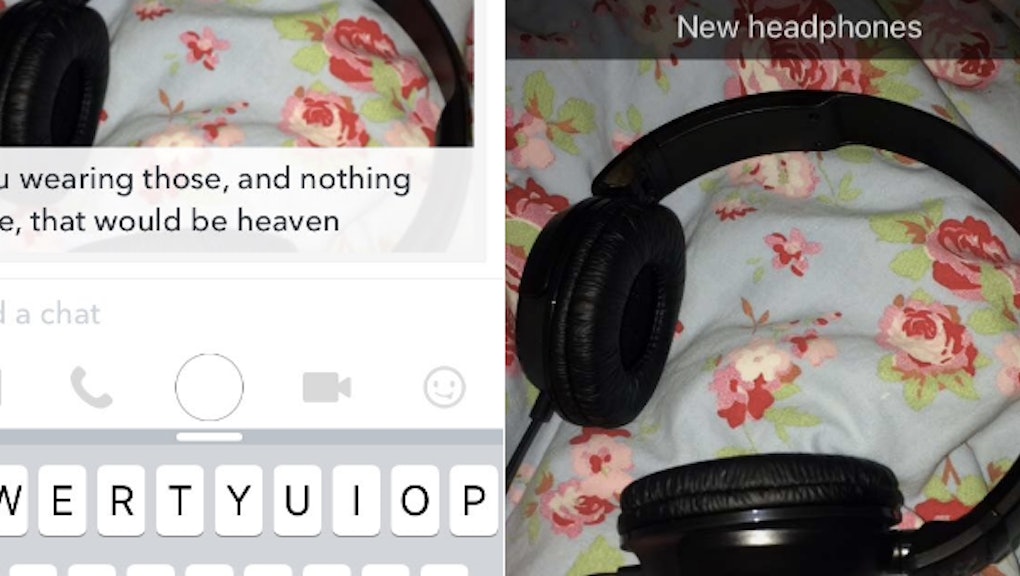 Finally, a viral tweet has come along to formally shut down that whole "you were asking for it with your pics" argument people employ when women speak out against online harassment.

Tired of people blaming her for receiving creepy messages from online trolls, Twitter user @catttttt___ summed up her feelings on the matter nicely:

"The message was from someone I had on my Snapchat. I don't know him personally or in real life," Cat said in a direct message on Twitter. "I was inspired to make [the tweet] because I thought it was funny how the comment came from such a seemingly innocent photo, and yet I'd been told that the reason I get such weird messages was because of the photos I put up."

The post has racked up nearly 32 thousand retweets, and counting, as of Monday morning. Many of Cat's followers have taken to Twitter to be like, "Girl, same."

Of course, even if Cat had posted a picture of herself twerking in a thong while suggestively licking whipped cream off of a banana, she still would not have been asking for this random dude to go fishing for nudes in her DMs. But the fact that all it took was an innocent pair of headphones is a particularly illuminating look into the thought process of an internet creepster.