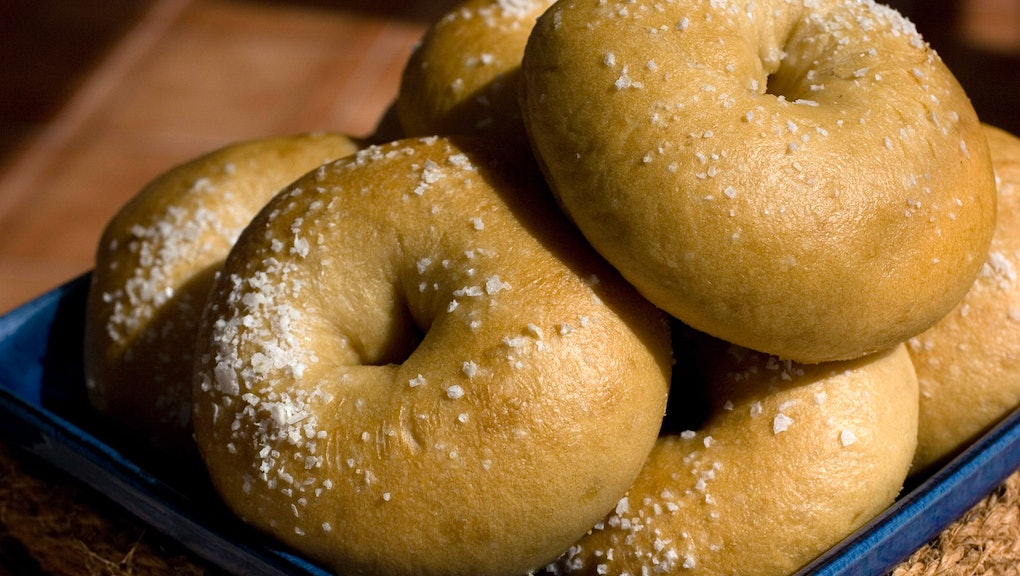 What are carbs? The difference between the "good" and "bad" ones —and why we crave them

If it seems like you're always fantasizing about that heaping pile of spaghetti or when the next hunk of crumpling, crusty bread will hit your mouth, you're not alone. Our bodies crave carbs because we rely on them as fuel.

"Once you get into this carb frenzy, it's hard to get out," Dr. Adrienne Youdim of the Center for Weight Loss and Nutrition at the Lasky Clinic in Beverly Hills, California, said in an email. Carbs are not inherently bad, but because of the way processed carbs like white bread or pasta (i.e. the ones we love and crave) have been manufactured, essentially all of the nutrients have been removed, which is obviously, not good.

Know the different types of carbs

Our bodies quickly break down simple carbs, which are found in sugar and sweetened foods like candy and soda, meaning you're probably going to want another chocolate chip muffin just hours after you had one for breakfast.

However, complex carbs, which are found in whole grains, legumes and green vegetables, are high in fiber, vitamins and minerals, which take longer for your body to process. Because of this, they keep you fuller for longer.

Those who fill up mostly on simple carbs all day are running through energy quicker and therefore craving more carbs as part of a vicious, carb-addiction cycle.

"When we consume those simple sugars, because they're so broken down, the sugar goes straight into the bloodstream and that causes a spike in blood sugar," Youdim said. "The way our bodies respond to that is by telling the pancreas to produce insulin."

Increased insulin, which helps our bodies process and use sugar, will then cause our sugar levels to plummet. "When your sugar levels plummet, the result of that is hunger and cravings for more," Youdim said.

How to break the carb-craving cycle

If you can't eliminate processed foods from your diet (we get it), try changing the way you eat them. Youdim recommends adding more protein and more complex carbohydrates to your meal with processed carbs to change the way your body absorbs the sugar. Try adding chicken to rice or beans and veggies to pasta, for example.

Another way to cut carbs? Stock grab-and-go snacks like raw nuts, bananas, Greek yogurt and chia pudding to train your mind to crave those more nutritious foods instead.

Health coach Robyn Lanci said there's another, more psychological reason we're craving carbs: They're easy. "Processed carbs generally don't require refrigeration so they're a quick grab-and-go item," she said in an email. "Or, they cook fast... pasta, rice and so on. They're an easy solution."

This article was originally published on Oct. 13, 2016