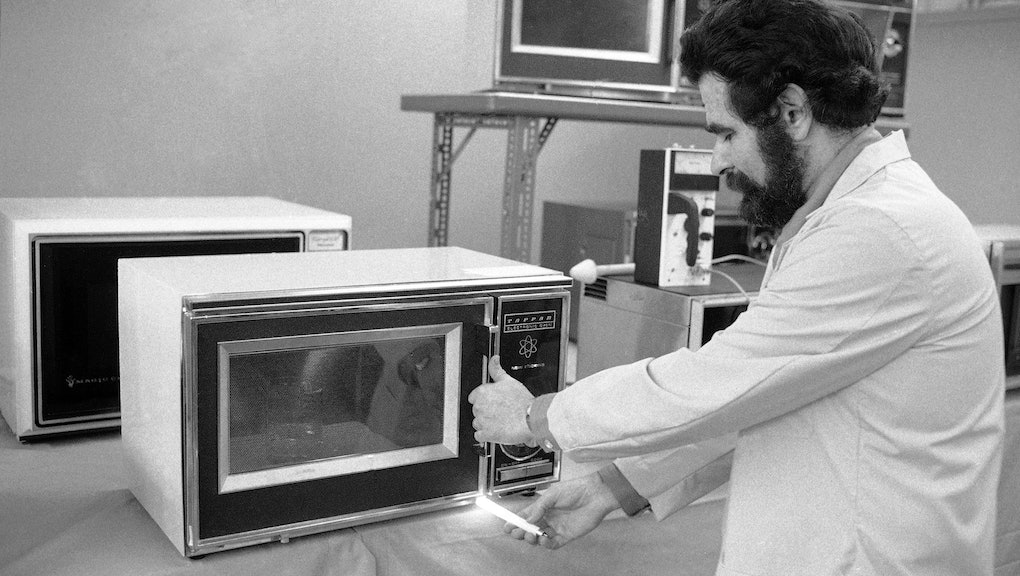 WTF is microwave-safe plastic, anyway? Here's what to know before you heat

We've all microwaved that plastic container to death, transforming a once-useful Tupperware into a mound resembling a mini-Picasso statue that couldn't possible hold leftover stir-fry if you tried. Microwave-safe plastic is one of the modern marvels of the 20th century, but what is it even?

Plastics, which are made from polymers found both in nature and synthetically, come in a wide variety of forms. There is no single type of plastic and the word plastic can refer to many different materials, some of which are deemed microwave-safe, meaning they will not warp in the microwave when heated.

Every plastic product intended to be used for food in the U.S. must meet the Food and Drug Administration's regulations. Because plastic is such a broad category, various chemicals used to make plastic, like Bisphenol A (BPA) and polyvinyl chloride (PVC) are examined to determine if they're safe for food use and if they contain any potential carcinogens.

All types of food plastics go through this inspection and stringent FDA microwave testing, but the actual microwave safe label or symbol is not an FDA emblem. That's up to the manufacturer.  "No studies have shown short- or long-term health consequences from heating microwave-safe plastics," FDA spokesman Michael Herndon said to Real Simple.

When looking for plastic that is microwave safe, first check the packaging.

"The FDA does regulate the plastics that come in contact with food, and the most important take-home message is to read the label on the package or the container,'' Natalie Azar, NBC News' medical correspondent, told Today. To better understand the label, look at the number on the plastic. "If it says, 'microwave safe,' it is microwave safe. If it contains the recycling numbers three, six and seven, on the other hand, then you know that those products were actually made with chemicals of concern," Azar said.

While some plastics are deemed totally fine to microwave, others get a strict no. According to the Harvard Medical School in October 2015, microwaving food in plastics with BPA (used in clear, hard plastics) and plastics with phthalates (used to make soft, flexible plastic) is not a great idea. Believed to be endocrine disruptors, meaning substances that "mimic human hormones" these two chemicals should not be microwaved with food," according to the 2015 study.

"When food is wrapped in plastic or placed in a plastic container and microwaved, BPA and phthalates may leak into the food," according to a release. "Any migration is likely to be greater with fatty foods such as meats and cheeses than with other foods." Still, Harvard recommends sticking to glass and ceramic dish-ware if you're skeptical about heating your plastics.