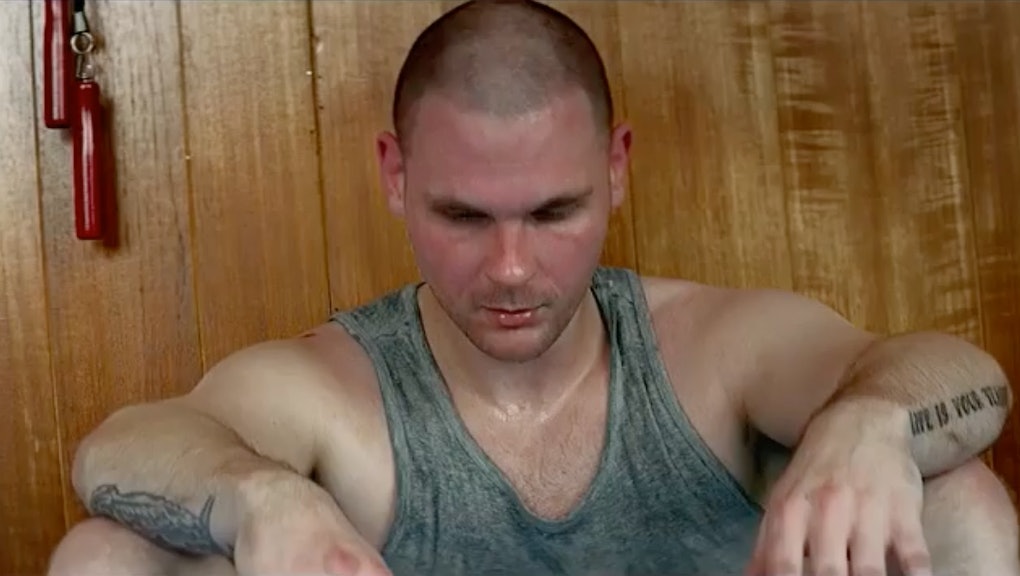 Lee Hoy, of South Shields, U.K., has been visually impaired since birth, but it wasn't until he started doing mixed martial arts fighting three years ago that he gained a confidence he felt he'd never had before, he told the Shields Gazette in 2015.

"I'm a totally changed person because of the sport, and feel a lot more confident in myself and happy," he said. "I can walk the streets with my head high, and feel that I can look after myself if I need to."

Hoy's retinas were damaged by toxoplasmosis, and he grew up being told "I'd never be able to read, write, ride a bike or even go to school," he told the Gazette. But, he said, "I did all of that."

Now he's trying to push himself "further." Hoy started doing MMA fighting as a way to learn "self-defense skills," the Gazette reported, but now he competes — taking on both visually-impaired and sighted opponents.

Hoy recently showed off his moves in a series of advertisements for U.K. company iD Mobile for its #DoYourOwnThing campaign — and he explained that, when he questions his own abilities, "Something snaps, and I say 'You know what, no more.'" The video then cuts together some quick highlights of Hoy in the ring, and he answers a question he's posed several times throughout the ad: "'How can you fight if you can't see?' — That's how."